Clubs line up to tell Barton to do one

NEWCASTLE United have admitted they have been deluged with offers from clubs wanting to show Joey Barton exactly where the sun does not shine.

Barton had the final year of his contract terminated when start-of-season medical tests showed he was still an arsehole. He is now the subject of an intense bidding war amongst managers eager to dance around him flicking the V sign.

Newcastle chairman Mike Ashley said: “We’ve had a delegation from the Kingdom of Tonga arrive asking if they can wave their bottoms at him and then go home again. We’re even getting club owners from other sports asking if they can discuss having nothing to do with him.”

Barton is currently training on his own in a viewing pen several miles from St James Park and Ashley has tried to recoup some money from his departure by charging managers to watch him forlornly trudge up and down, shouting abuse at the training cones.

A small restaurant has been set up next to the pen, as well as a souvenir stand featuring shirts saying ‘My Manager Went To Newcastle & All He Got Was To Tell Joey Barton To Go Fuck Himself’.

But the biggest windfall could come from an unprecedented £15m up-yours bid from Manchester City, which would break the British spending record for telling a player to piss up a rope.

“Once we know we’ve got his attention they will fly in formation so they spell out the  phrase ‘In your dreams, you gobshite twat’.

“I think it shows once and for all the level of ambition at this great club.”

Survey reveals most British people should be executed 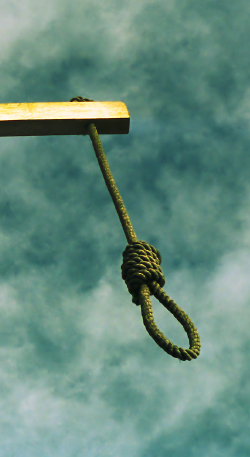 THE majority of British adults should be killed by the government, according to a new survey.

An opinion poll found that 64% wanted 56% of the population to be hanged, beheaded or handcuffed to a trolley and injected with bleach.

The biggest target for government-sponsored murder should be social workers, followed by bankers, teachers, tabloid journalists, murderers and anyone who has ever worked for the BBC.

MPs are now set to debate calls for the state to kill most of the people in the country, as well as ‘e-petitions’ demanding the return of open sewers, coat hanger abortions and polio.

Margaret Gerving, from Guildford, said: “It has reached the point where I am afraid I would like to see most people killed by the government. And is that not a damning indictment of the way in which liberals have ruined British society?

“If it was not for them I suspect I would be living in a decent country where I would only want the government to kill a fairly small number of people.”

She added: “Of course when this country had polio we also had proper values. We didn’t have murdering or gayness or gay people murdering children, as they do almost every day now.

“I would happily inject bleach into a gay, paedophile child murderer. Especially if he is one of those ones that can speak French or watches a soap opera that contains a disproportionate number of homosexuals.”

The survey also showed that 58% want the government to kill anyone who believes that child murderers should be kept alive and studied so we can find out as much as we possibly can about their brains.

Conservative MP Philip Davies said: “Not wanting to kill child murderers is exactly the same as murdering a child. In fact there’s a study by the University of Staines which proves it’s actually worse.

“The same study also proved that government-sponsored murder is a deterrent if you invent a completely different version of America to the one that actually exists.”

But Julian Cook, professor of the same old tedious fucking bullshit at Roehampton University, said: “Our study actually found that the people who are in favour of execution are also the ones who go on and on – and fucking on – about how ‘them Muslims are coming over here and trying to turn Britain into New Muslimia, where everybody gets executed and stuff’.

“Thank Christ they haven’t realised. Can you imagine what would happen if this country was just slightly less stupid?”