NORWICH City owner Delia Smith has turned down the club’s promotion, insisting the Premier League is too fancy.

Smith said the Championship was a ‘lovely, comforting league, a bit like a Victoria sponge’ and has offered the promotion to Middlesbrough instead.

Smith said: “As well as having our arses continually handed to us – we only came third in a division that includes Rotherham – we’d have to play against all those dreadful people.

“Marouane Fellaini? I’d rather drink my own urine.”

She added: “Also, we’d have to go to big, scary places like Manchester and Liverpool. What if we got really pissed and the bus left without us?

“Perhaps when the top flight once again includes Leeds, Notts Forest and Coventry we might consider it, but at the moment it’s not really our cup of tea.

“And of course, winning promotion then turning it down will absolutely infuriate Ipswich. Bunch of twats.”

Carveries recognised as a religion 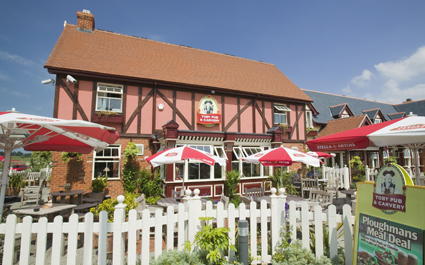 ‘GOING to the carvery’ is now the UK’s biggest belief system.

Britain’s devotion to queueing for roast meats has been rewarded with the legal status of a religion.

Father-of-two Roy Hobbs said: “I’ve block-booked a table of five for the next 80 years. It will eventually be passed on to my eldest son.

“I live for Sundays. The ‘sun’ of course refers to the glowing heat lamp benevolently warming the massive Yorkshire puddings and gleaming lakes of gravy.”

He added: “There’s a perception that carveries are mainly for white working class males, but anyone who can hold a plate is welcome to join us.”

But Hobbs’s wife Emma said: “Carveries are full of greedy bastards who spill peas on the floor during their feeding frenzy, then trample them into the carpet.

“I want to go to a proper restaurant, where reasonably-sized portions of food are simply brought to your table.”