Everyone Now A F*cking Tennis Expert

EVERYONE in Britain is now a fucking tennis expert who could easily replace Dan Maskell, or whoever it is that does the commentary these days.

Following Andy Murray's near defeat by a Frenchman, everyone is saying how much his ground-strokes have improved and that having a girlfriend is obviously really good for his temperament.

Wayne Hayes, from London, said: "His unreliable second serve really came good in the fourth set. He's totally getting his end away.

"And did you see him eat a banana? Amazing. Apparently it gives him a potassium boost and stops him from thinking about bananas while he's playing."

But everyone is also warning that Murray now faces the match of his life against that scary looking Spanish guy who is really good with clay and needs a haircut.

Hayes added: "The Spanish guy is really strong and scary, but he doesn't like grass. And neither do I to be honest. It tastes awful."

Sandra McKay, a housewife from Reading, said: "What about that crowd? It's the crowd though isn't it. The crowd, yes, it's all about the crowd."

"With Sharapova and Ivanovic both failing to find their form it means the title will now go to some big ugly lesbian." 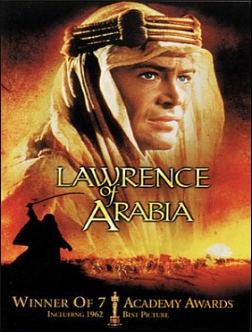 The Hugh Grant movie Four Weddings and a Funeral has been voted the best British film of all time by a bunch of arseholes.

The 1994 movie topped the internet poll ahead of David Lean's 1962 Oscar-laden epic Lawrence of Arabia which was criticised for being four hours long and containing no weddings at all.

Nikki Hollis, a television viewer, said she was forced to give up on Lawrence after fast forwarding through half of it without once catching sight of Hugh Grant, Rowan Atkinson or that girl from Vicar of Dibley.

She said: "The main character was an English army officer and the rest were all Arab men, you're not likely to get much romance there.

"You know how in Four Weddings they all run around at the beginning saying 'fuck'? That's what you call genius. But in Lawrence of Arabia everything takes absolutely ages.

"They had a man ride up on a camel, but it took so long I ended up switching over to Crime Scene Navy Crime on Channel Five. I switched back after 20 minutes and he was still miles away."

She added: "They should have given Peter O'Toole a deaf brother to make him seem more sensitive."

Meanwhile the trailer for the new James Bond film Quantum of Solace has been given the thumbs down by critics for being a rambling, self-indulgent mess with very few tits.