FA to remove stigma of being offside 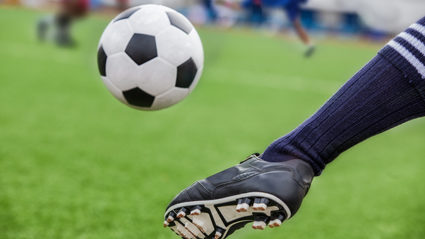 FOOTBALLERS are being encouraged to open up about being offside.

For years, footballers have staunchly refused to confess that they are offside even when caught in an irrefutably offside position.

The Football Association has launched a campaign titled There’s No Bad Side that encourages players to discuss the taboo topic rather than resorting to excuses such as not interfering with play.

Liverpool striker Christian Benteke said:  “I’ve never been offside myself, but I’ve had friends who have and who may have scored important goals while visibly offside.

“It’s something that only gets discussed in whispers in a dark corner of the dressing room.”

Italian legend Pippo Inzaghi spent over a decade in an offside position prior to his retirement in 2012, but insisted that each and every one of the 15,000 free-kicks he conceded for the offence was in error.

The FA estimates that as many as one in three strikers are covertly occupying an offside position at any given time.

A player who wished to remain anonymous said: “I like being offside. I do it for the rush, but I live in fear of being caught in an offside trap – I have no idea how I’d explain that to my friends and family.” 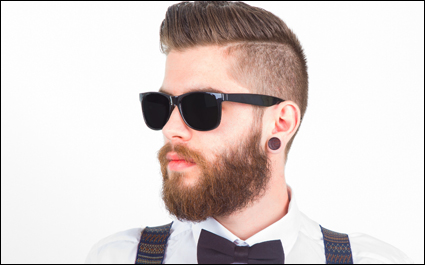 A 28-YEAR-OLD man is staying with the tired ‘hipster’ look because he is passionate about the values of the hipster movement.

Designer Tom Logan has vowed to have a beard, braces and tattoos until he dies, much like the hardcore of geriatric punks who still have Mohicans and Crass t-shirts.

He said: “Even muscle-heads have got big beards now, the look is overdone but when you think about what it means to be a hipster, it’s so much more than fashion.

“The hipster movement has inspired great writing, like that article I read in Kinfolk magazine about a vintage denim loom.

“Perhaps the most important aspect of being hipster is the music. It’s eclectic.

“Never before in the history of youth culture has a movement been prepared to simply embrace whatever’s popular at the time, whether that’s LCD Soundsystem or tepid bank advert folk music.

“Hipster till I die.”

Logan’s girlfriend Emma Bradford also defines herself as a hipster: “We’re just mad about what being a hipster stands for, whatever that may be. And if whatever that is changes, then we’ll change with it.

“To be honest, we’re stuck with these Sailor Jerry-esque tattoos whatever. It’s not like they’re not going to magically heal up when we’re 40, although that was what the tattooist told us at the time.”