TRUE football fans have demanded a return to the game’s golden age when nobody was very good at it.

A gaggle of men in the corner of a pub wearing 1990s replica kits were definitively in agreement that football had lost its soul and they didn’t know why they still bothered to watch it.

Despite vehement criticism of the encounter between Manchester City and Barcelona showing on the pub’s television, the men watched the entire game, tutting at the ostentatious shows of skill and comparing Luis Suarez unfavourably to Tony Yeboah.

“I liked it back when players had moustaches and spiky haircuts and used to hoof the ball into the stands at the slightest provocation.

“These days it’s all big salaries, shots on target and all that nonsense.”

Even throughout the 1990s, only exceptional players were able to get the ball anywhere near the goal. During the 1990 World Cup just one goal was scored, and most fans never saw a live goal during the decade.

Malley said: “What an age that was. I say bring back the back-pass rule and small shorts hitched up so high players’ nut sacks popped out when they jumped for headers.”

Brit Awards to settle question of what music is good 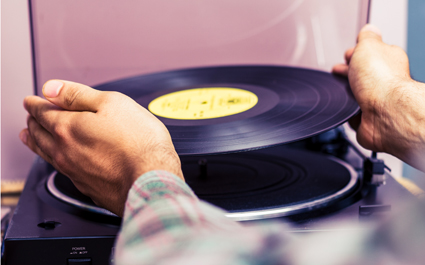 TONIGHT’S Brit Awards will end all arguments about music by definitively establishing what is worth listening to.

The awards, impartially decided regardless of any commercial considerations, are designed to stop a confused public wasting their time on music which is objectively bad.

Mary Fisher of Swansea said: “It’s useful because right now I keep hearing that Sam Smith is great but can’t help feeling that he’s the class telltale with the aged face of Boy George where a young man’s face should be.

“I know he’s been good in America for the last fortnight, since he won the Grammys, but is he any good over here? Thankfully by tomorrow I’ll know for sure.”

Brits judge Norman Steele said: “When you look at our record of rewarding excellence – Duffy,  The Darkness, Fairground Attraction and the stellar subsequent solo career of Eddi Reader – it’s plain to see that we’ve never got it wrong.

“Remember, if you find that you have non-Brits approved music in your home, please dispose of it safely.”