Football is cheaper if you don’t bother, says survey

RESEARCHERS have found that completely ignoring football is significantly cheaper than paying attention to it.

It has emerged that season tickets, pissy beer in housing estate pubs and nylon shirts made by third world children can all be avoided by just letting them get on with it.

Former football fan Wayne Hayes said: “I told football to shove it six months ago and I noticed I had all this money in my account, which I’m spending on a foreign trip that won’t end with a broken nose in a dank police cell.

“Also, Saturdays are now a time I can spend with my wife going for walks or sweet, sweet humping rather than watching five cretins on Sky Sports compare their stupid opinions about nothing.”

Average ticket prices dropped by 2.4% over the last year but this increased to 100% when fans decided to stay at home rather than sit in a freezing cold stadium watching a bunch of oiks do PE.

The FA have been urged to make football more affordable but have yet to consider disbanding the entire sport and telling everyone to go home and read a library book for free instead.

Hayes added: “I watched a flock of starlings in the dusk sky last night and it was breathtaking. It cost nothing and I didn’t have a gang of chanting thugs threaten to kick my head in because they watch flocks of blackbirds instead.” 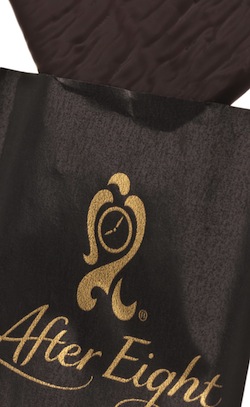 BEFORE his death, Brian Sollitt, the inventor of the After Eight, forgave people who put the empty envelopes back in the box.

It emerged that Sollitt, part of the ‘Golden Generation’ of British chocolate geniuses, had come to terms with what experts have described as ‘one of the worst things a human can do’.

The inventor of the insanely moreish after dinner mints went on to create Yorkies, Lion Bars and Drifters, despite the vandalism committed against his greatest work.

Julian Cook, professor of confectionery at Roehampton University, said: “When Brian first heard that people were putting the empty envelopes back in the box he was livid.

“He flew into a rage and destroyed a large portion of his workshop, including the prototype for an inside-out After Eight.

“He realised that ‘envelopers’ were debasing the one aspect of a dinner party that is remotely worthwhile. In many ways Matchmakers were his revenge on a society that he felt had become depraved.

“But towards the end he came to the conclusion that envelopers were to be pitied rather than despised.”

It emerged that Sollitt had also reconciled with Bill Terry, inventor of the chocolate orange, who he believed had ‘befouled’ chocolate by mixing it with fruit.

Helen Archer, president of the British After Eight Association, said: “It is the mark of the man that he made his peace with some of the worst people that have ever walked the Earth.”

Raising a machete from behind her desk, she added: “Brian may have forgiven them, but I have not.”