The two clubs fought a heavily-contested Community Shield match that nevertheless failed to contain a single booking, with United eventually being crowned the top team out of the two playing that particular match.

United have now earned the right to dub themselves the Communityist Shielders in English football for the next 12 months.

After the match, Manchester executive Sir Alex Ferguson stoked up the rivalry between the subsection of the Premier league he is employed to oversee and the other subsection that do exactly the same thing as his employees do but in blue clothes.

Sir Alex said: “As any person that has formulated an arbitrary and specious justification to align themselves with the company I work for will tell you, Chelsea are an organisation whose ability to fulfil their 90 minutes’ worth of obligations a week is quite prodigious.

“As such, they will feel an inordinate amount of enmity toward them in a way they’re never quite able to justify or quantify.

“But I feel I can ask my staff to stand in specific places on a field and kick the ball in particular ways better than they can.â€

But Chelsea’s Ian Ancelotti has hit back at Ferguson’s claims in a furious tirade, adding: “Our company has the best set of people who pay money to watch our staff do their job in the world.

“I am confident that, come next May, they will have watched them successfully complete this work more often than Mr Ferguson’s company.” 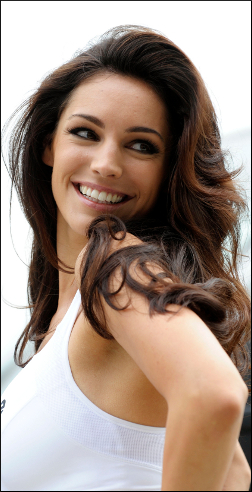 The model’s debut Playboy centrefold uses artistic lighting, hats and high quality brass staples to elevate itself above the level of standard pornography and has inspired readers to a variety of similarly genre-defying handiwork.

Teacher, Bill McKay, said: “I’ve been considering my response to the images since purchasing the magazine half an hour ago, along with a newspaper that I didn’t really want.

“I have decided on a site-specific wank, for which I will utilise the relatively isolated context of the garage, partly because I feel it reflects contemporary conditions of alienation within an ostensibly masculine context, and partly because the door is lockable from the inside.”

Engineer, Roy Hobbs, said: “I shall be using the Brook portfolio as the jumping-off point for a semi-improvised act of intervention with my genitals, as soon as the wife goes out. I’ll probably stick some Brian Eno on and make it more of a multi-media event.

“I might then read the accompanying articles about deep sea diving and Matt Damon.”

He added: “It’s a travesty that there aren’t more grants available for this type of work.”

A spokesman said: “We changed the name from ‘Piranha 3D’ after stats revealed that 36 percent of the target demographic thought a piranha was a Japanese car.”

“As opposed to 114 percent that knew what boobs were.”

He added: “It’s a film that cleverly uses modern technology and a massive budget to convincingly recreate something originally made for sixty-five quid by some teenagers.”