ANIMAL rights activists have welcomed the removal of meat-processing machinery from next year’s Grand National. It's all about the spectacle

Organisers hoped to increase viewing figures for the 30-fence game of equine chicken by having the course redesigned by the producer of Saw III.

But they have now been forced to make changes after French charcuterie owners said the bits would be too small.

An Aintree spokesman said: “We’ll still have footage of educationally subnormal midgets being suplexed by half a ton of horse and Clare Balding calling somebody a ‘bogtrotting fucknut’, so there’s still plenty of reasons to watch.

“The National remains the jewel in the crown of Britain’s abattoir industry. It’s also the sport of kings, because people with egg in their beard who fish cigarette ends out of beer garden ashtrays are truly kings among men.”

Other proposals rejected were firing the 100-1 outsiders from enormous cannons to give them a head start and mounting whip-operated machine guns on the horse’s buttocks.

Riders will also no longer have to base-jump the 250-feet drop after the seventh fence, known parochially as ‘Becher’s Noose’.

Course designer and animal lover Wayne Hayes said: “What  am I supposed to do with this eight-foot high Magimix covered in leaves?” 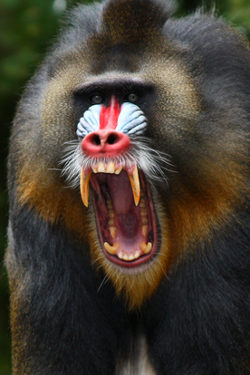 BRITAIN’S weird, internet bigots are flocking to the government’s
E-Petitions site in a bid to make parliament talk about all the things
they hate. He makes a good point

In a thrilling evolution of democracy, the site imploded yesterday under the electronic weight of signatures to a petition about things that are not British.

Professor Henry Brubaker, of the Institute for Studies, said: “In theory it’s wonderful and noble and civilised. In practice it’s handing power to confused, angry baboons, many of whom are evil.

“The internet actively encourages people to ‘have their say’, as if this is an innately positive thing.

“But should we give all views equal credibility, even if you are just sitting in a darkened room, naked except for a jumper you found in your garden, randomly bashing a keyboard with your flaccid genitalia?”

He added: “Depending on how you look at it, the internet is either our greatest hope for a more egalitarian world or a billboard for people who dream about murder.

“With a load of stolen music thrown in.”

The most popular E-Petitions so far include ‘Bring Back Beheading’, ‘Bring Back World War II’ and ‘Ban Weird Things’.

Tom Logan, an English teacher from Stevenage, said: “All it does is give people another outlet for their irrational hatred and abuse. We may as well allow people to defecate in each other’s front gardens.