GUNNERSAURUS is struggling to complete his application for universal credit after being sacked by Arsenal yesterday.

The club’s dinosaur mascot, who has been in his position for almost 30 years, admits he is baffled by the byzantine application process.

He said: “When I was a young dinosaur it was simple. You went down the Job Centre, told them you’d paid your stamps and they’d hand over your Giro to cash at the Post Office.

“Nowadays it’s all online, which with the old paws I’m not so great at. And phone up and can you speak to a human? Can you bugger.

“Apparently I’ve got to wait over a month for my first payment. A month? I haven’t got any clothes apart from an Arsenal kit, and that’s not suitable for assessment interviews.

“I’m tied into a shared house rental contract in Tufnell Park – I live with Buzz Bee, Brentford’s mascot – and I need to eat 33 kilos of plant matter a day. I can’t manage that on £409.89 a month.”

He added: “Bubbles the Bear’s texted, from West Ham. Asking if I want in on this payroll van robbery. Well what choice do I have?” 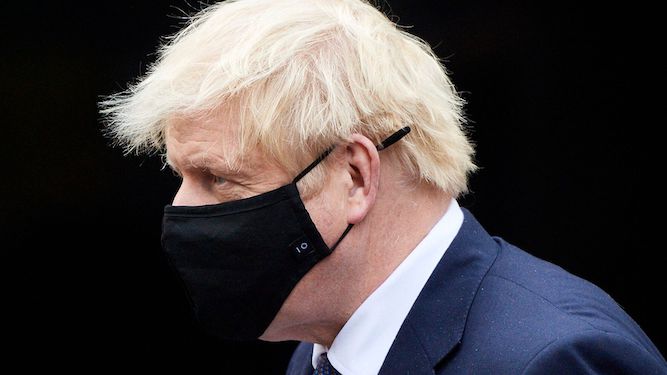 WHERE is the Boris Johnson I voted for? The Boris of bounce, of exuberance, of childlike glee and crazy risks, the Boris unafraid to sow his wild oats?

That Boris wouldn’t be afraid of the coronavirus. He wouldn’t be wearing a mask. He’d be unashamedly ushering a parade of eligible young lovelies into Downing Street to give them one in the Rose Garden.

But the nine-month anniversary of Boris’s election passed in September without a single illegitimate birth, let alone the one-man baby boom we were promised on the stump.

Where is his buccaneering brio, his zip and zing, his spunk and spaff? Why hasn’t he been caught banging Ivanka Trump up against the wall of the Oval Office?

We can’t blame Carrie. She’s just one more girl he got pregnant and, for the sake of appearances, got engaged to. An electoral promise to break like all the others.

But, sadly, Boris has changed. Instead of a prime minister unable to keep his cock in his pants we have a sober bore without even the basic verve to send a dick pick to Jacinta Ardern.

Why isn’t he using his 80-seat majority to enshrine in law that every bride’s honeymoon night should be spent with him in Chequers? Why is he not demanding an annual tribute of Scottish virgins? Why are so many Westminster wives going tragically unf**ked?

This is not the Boris we were promised. And, quite frankly, if he isn’t caught hanging out the back of one of Little Mix before the end of this month, he will lose my vote.

I’ll switch to Sir Keir Starmer instead. It’s all on the hush-hush, but apparently he goes like a f**king train.