Irishman hot favourite to be drunkest person at Cheltenham

A 38 YEAR-OLD Irishman is the bookies’ choice for Champion Drinker at the Cheltenham Festival.

The four-day event, which takes place next to some horses at a racecourse, attracts the top professional drinkers from around the world.

This year’s 2-1 favourite is garrulous Irishman Martin O’Hanlon, who came over on the ferry with four grand in his top pocket and a ‘virtually unlimited’ capacity for rum and coke.

O’Hanlon’s trainer, Stephen Malley, said: “Martin romped home last weekend at Kelso, consuming 194 units of alcohol over a 48-hour stretch. That includes 98 units before he had his first piss.

“He’s a great competitor and a fantastic personality. The crowd loves it when he doesn’t seem that pissed but then tries to leave the bar via an imaginary door.”

Earlier this season O’Hanlon, who stands 13 hands high when upright, sustained a serious injury to his drinking arm when he punched a road sign following a mid-week session at Doncaster.

Malley said: “Luckily he was still able to grab people round the neck and force them to sing Wild Colonial Boy.”

A spokesman for the organisers said: “The drinkers love it. You can see the enjoyment in their eyes and to stop them doing it would be going against nature.” 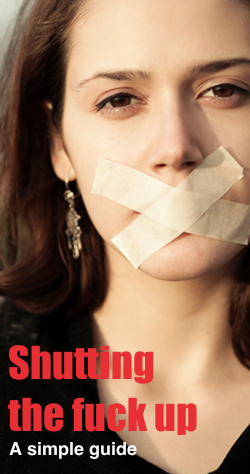 COUNCILS across the south east have introduced a blanket ban on having an opinion about the hosepipe ban.

The measure was introduced after experts warned the early onset of spring had caused a sharp rise in tedious conversations about not being able to wash an Audi.

The situation has been exacerbated by an unusually vapid winter, leaving conversational topic reservoirs dangerously low. Patrons at the Old Bear in Sevenoaks have had nothing interesting to talk about since last October, when regular Bill McKay walked in carrying a severed arm.

Environment Agency officer Tom Logan said: “We’re asking people to recycle their old chats wherever possible. For example, they can reuse their little speeches about global warming being a total scam to make people buy those poxy lightbulbs, over and over again.

“Also, they could just refrain from voicing every half-arsed opinion that forms in their microscopic brains and try shutting the fuck up for a change.”

Homes in the affected counties will be sent a leaflet outlining the scope of the hosepipe ban conversation ban, which will also cover accusatory comments about how green the neighbour’s lawn is looking and questioning why the council installed that bloody meter in the first place.

But Rochester resident Wayne Hayes vowed to flaunt the ban by erecting a large billboard in his front garden asking how come the bloody Arabs have all got golf courses when they live in a bloody desert.

He added: “If Kent County Council think they can stop me making a direct connection between the lack of rainfall and unfettered immigration they must be clinically insane.”