Bez on standby for Bond theme

BEZ, the maraca player for the Happy Mondays, has declared his readiness to compose the score for the new James Bond film.

Although he has not been formally approached, the goggle-eyed percussionist said the trend towards film music being composed by rock musicians now meant he was the obvious choice for Skyfall.

Bez is already working on a ‘Bondchester EP’ including a potential theme song entitled The Spy Who Was Fuckin’ Sorted.

“His name’s James Bond and he’s a well suave gentleman/His suits are Armani and his car is fucking mental, man.

“He’s licensed to kill, all the other spies dread him/So if you ever meet him, best not do his head in.

He added: “Realistically, it’s between me and MC Tunes. I ran into him yesterday in the cash and carry and he’s laying down some proper mental shit. 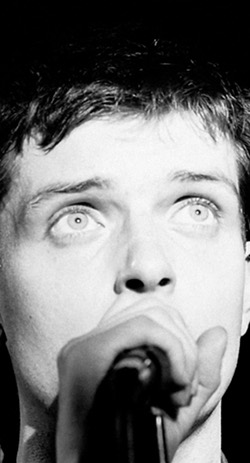 MANCHESTER City may still manage to utterly ruin their fans’ summer after losing to a team costing less than Mario Balotelli’s firework holster.

The world’s most expensive Panini album had topped the table going into the match, leading to growing concerns that thousands of Mancunians may have to allow joy into their lives for the first time in three generations.

The Samaritans had set up specialist happiness counsellors to answer fans’ questions about why their mouths felt all weird.

But manager Roberto Mancini said: “With the increased money in the club there’s the opportunity to raise people’s hope to all-new heights before flinging them off a cliff.

“When the team starts awful, continues to be awful and finishes awful, it can be very difficult to raise more than 35,000 resigned shrugs, but a genuine shot at the league being derailed by a team supported by orcs is spectacularly soul-destroying.”

The Italian vowed to fight Manchester United for the title until the end of the season in the absolute knowledge this would kindle the last flickering flames of the fans’ optimism only for it to be drenched by the fire extinguisher of Sir Alex Ferguson’s bastardry.

Lifelong fan Roy Hobbs said: “When a bloke who wasn’t good enough to play for West Brom headed the winner in the 83rd minute, I looked down at my eight year-old grandson’s his tear-sodden face and knew he was a true supporter for life.