PEOPLE from across the world came together last night to celebrate and give thanks to John Terry for retiring from international football.

Terry insisted his resignation was due to the FA making his position untenable, but admitted the fact that he has the turning circle of a hippo with a javelin through its head and none of his teammates can bear him had not helped matters either.

He announced his decision ahead of the FA court case, sparking street parties, a moments pause for a brief prayer of thanks and a temporary ceasefire in many of the worlds trouble spots.

Footballologist Wayne Hayes said: I was watching BBC24 when the news broke and it was like the scenes in Independence Day when the alien ships start getting blown up at the end.

There were grainy shots of Amazonian tribesmen lighting fires in celebration, remote Tuareg nomads shaking rifles against the star-spattered Saharan sky and all that was really missing was a bunch of Ewoks dancing around Han Solo.

But I think it was when I saw Benjamin Netanyahu hugging Mahmoud Abbas and the pair of them getting pissed together that I realised I was witnessing something special.

The celebrations were tempered with the realisation that Terry would still travel abroad for Chelseas Champions League matches. But the stock exchanges opened this morning to buoyant trading, leading economists to call on teammate Ashley Cole to make a similar gesture to help get the world economy back on its feet.

Hayes added: If life gets you down today, remember that the England team is now nine percent less arseholey and that youve experienced the unheard-of thrill of being pleased by something John Terry has said. Treasure these moments.”

Switzerland doesn't give a shit what you think 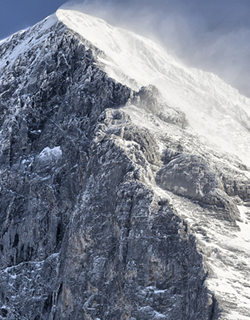 The super-rich, mountainous country confirmed its status as Europe’s coolest society by lighting a cigarette and blowing smoke directly into your pinched, judgemental face.

Switzerland said: “I speak four languages – as well as impeccable English. I have clean streets, low taxes and if I want I can have a smoke in a groovy bar.

“But hey, I’m just a country doing my thing.”

It added: “Meanwhile, there you are, all caught up in your petit bourgeois concerns about second hand smoke and making sure everyone behaves in the same straight-laced, button-down, nine-to-five way.

“I’d suggest we take a road trip together, see if we can’t open your eyes to that crazy, crazy world out there, but then what would your mummy say?