THE Liberal Democrats are to join forces with the Flat Earth Society after the two groups double-booked a function room in Brighton.

The Lib Dems had booked a pub skittle alley with eight rows of stackable chairs and a buffet table, with ample space to accommodate all those with a serious interest in the party’s future.

However, due to an administrative error the low capacity room was already occupied by the Flat Earth Society, which thinks that the planet is shaped like a massive coin.

The Flat Earthers chose the venue believing that, in the absence of a horizon, it would provide excellent views of France which lies just 73 miles off the south coast.

The globe-deniers then suggested forming a coalition to save everyone the hassle of finding another venue.

Nick Clegg initially said: “As a party of principle we would never align ourselves with a movement whose views we consider backward and hostile to our own progressive agenda.”

However, when word came back that all Brighton B&Bs were full, and the only other option was sleeping on the beach all week in the rain, Clegg said, “In the interests of moving forward, we have decided to work together with the Flat Earth Society, for the good of the country.

“Or just flat, if necessary.” 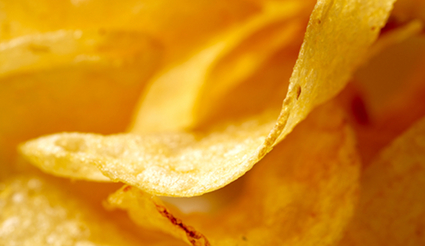 ANDREW Marr will explore the history of crisps in a new 26-part series on BBC1.

The titan of political fondling will take Britain on a 3.5 million year journey from the dawn of crisps to their dominance of the global world.

Staring into the camera, all serious, he said: “What was it that first inspired an ancient monkey to fondle a potato?

“And in solving that mystery, perhaps we might just learn something important about ourselves. Join me on a quest.”

The series will begin with the unearthing of an early potato in the Nile Delta before fast-fowarding to the 1960s as quickly as possible.