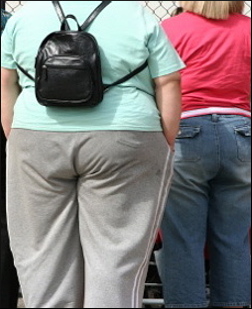 According to a report from the Institute for Studies, eaters should avoid, 'anything dubbed a "local delicacy" and, oh I dunno, carrots?'.

Institute director Henry Brubaker said: "We do have a tendancy to flipflop on eggs. Some days we're all 'Ooh, eggs, you're so cool' and the next we're deleting them from our Facebook friends.

"To be honest, we don't actually know what's in an egg. For all we know it's a bomb."

The Institute has been criticised for refuting the link between cholesterol levels and eggs with critics claiming the report was commissioned by the CIA-front organisation, the British Egg Trust.

But Brubaker dismissed the allegations, adding: "Believe it or not, high cholesterol is more closely linked to pumping fat into your gut all day long and having the activity levels of a paralysed darts player.

"Eggs actually reduce cholesterol and give you firm, unyeilding, round-the-clock erections. Or they're instantly fatal. It's definitely one of the two."

The Institute has also set up a text messaging service to keep eaters constantly updated on safe food. Messages this week include: 'For Christ's sake, no cheese strings!', 'Oooh, peaches', 'More oatiness!' and 'Forget all that stuff about cheese strings, they're absolutely fine'.