SUNNY Delight, the orange substance, has been defeated in a blind tasting against a new Indian soft drink made from cow urine.

Researchers asked 30 children to test Sunny Delight against the Indian cow piss and a cup of  ground pubes, earwax and horse vomit.

The vitamin-packed treat was then rated against a pint of liquid faeces, a cocktail of cheese juice and sweat drippings from John McCririck's scrotum and a glass of hot water strained through Carol Vorderman's pant-gusset.

'Sunny D', launched in the UK in 1998, was first developed by the CIA to destroy huge swathes of vegetation in South East Asia. It is now produced in a disused zinc mine on the outskirts of Gdansk.

Research chief Tom Logan said: "It was fairly full on to start with. There was a lot of crying and shouting and an awful lot of vomiting, but then we moved on from the Sunny Delight."

Distressed child Emily Bishop, 12, said: "If I drink all the sick, the poo and the sweaty pants, can I just leave the orange one and go home to my mummy?"

Kyle Stephenson, 14, also placed Sunny D at the bottom of his list.

"The faeces was disgusting, but at least it came back up on its own. With the Sunny Delight I had to reach down my own throat and scoop it out with my hands."

He added: "I have to say, the one from Mrs Vorderman's pants was curiously invigorating with a lemony aftertaste. She should bottle it." 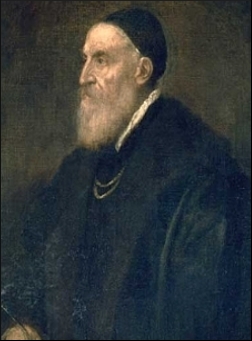 TORY leader David Cameron last night vowed to double-check the ages of all artists mentioned in speeches by the prime minister.

Gordon Brown was humiliated in the Commons yesterday as Mr Cameron exposed his 'litany of lies' about how old Titian was when he died.

During angry exchanges, Mr Cameron said: "You told us Titian died aged 90, when the truth is he died aged 86. Why haven't you resigned?"

And as the Bank of England predicted the worst recession since the dinosaur asteroid, Mr Cameron added: "This is the sort of prime minister who will tell you that Constable died in childbirth at the age of 78, just for the sake of a few votes.

"In fact, Constable died from indigestion aged just 60. As for Rembrandt – 63 not 14. El Greco – 73 not 173. And JMW Turner, who captured the beauty of the Venetian canals, was 74, not 75 as this government's pointless VAT cut would have us believe."

To opposition taunts of 'how old was Michelangelo, you jowly Scottish prick?' Mr Brown said: "Across the world governments are following our lead and making a rough guess about how old Titian was when he died."