Keane ‘may return to muttering threateningly at bus stops’

ROY Keane may go back to his previous role muttering threatening remarks at bus stops, it has emerged.

Aston Villa assistant manager Keane seemed to have a bright future intimidating innocent bystanders in public places, but he gave it all up to coach a professional football team.

Keane said: I do miss watching a well-dressed commuter edge away from me while I babble about how the moon isnt the same moon you used to get in the 1980s.

But Ive been able to use my gift for terrifying strangers in the world of football. It really is a transferable skill.

Commuter Tom Logan said: Keane was one of the best. You could always rely on him to put the fear of God into you each morning with his wild, murderous eyes and demented semi-comprehensible monologue.

We all appreciated the effort he put in and there was a real buzz that he could be promoted to scary man next to cash point.

So it was a surprise when he went off to coach a football team, especially since there was no real evidence he was any good at that.

Keane refused to speculate on rumours that hes been offered a position sitting outside a Wetherspoon reading a three week-old newspaper. 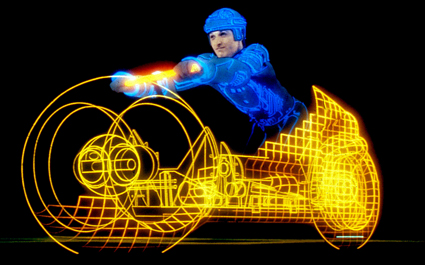 LLOYDS staff have complained that being ‘digitised’ merely involves being sacked rather than blasted into a thrilling video game world.

After the bank announced it was digitising its business, staff were looking forward to light cycle races, battles with glowing frisbees and running through corridors with attractive people in luminous body stockings.

Cashier Stephen Malley said: “I thought I was going to be driving around in a glowing tank looking for rogue ‘programs’, but the manager just gave me my P45.

“Being unemployed I can live with. What I can never forgive is that Lloyds has just pissed all over the dreams of a nine-year-old me.”