Man suddenly seems to be Welsh

A MAN with no obvious signs of Welsh heritage has positioned a Welsh dragon cuddly toy on his desk, it has been noted.

Tom Logan, a paralegal in the City of London, does not speak with a Welsh accent and is known to have been born in Guildford, but over the last few days he has begun to make increasingly bold statements of Welsh identity.

The arrival of the dragon holding a leek on his desk has coincided with the most exciting period of the Welsh football team’s recent history.

Colleague Wayne Hayes said: “When Tom started crowing about the big game, I presumed he was unusually excited by England against San Marino.

“But then it suddenly clicked that he’d been talking about his nan’s cousin in Prestatyn a lot and referring to cheese on toast as ‘rarebit’. He seemed to mean Wales v Israel.

“He also put on a male voice choir version of ‘Bread of Heaven’ and mumbled along with some of the words. I dread to think how Welsh he’ll get if they secure qualification.”

However, some colleagues doubted Logan’s Welsh heritage citing the small Scottish flag he displayed in his cubicle ahead of last year’s independence referendum.

Emma Bradford said: “I thought Tom might’ve been Irish. On St Patrick’s Day he yes very passionate and drunk. Then again, during the World Cup I’m pretty sure he said his mother was both German and Argentinian.”

We need to look after our own first, say people who would never help anyone 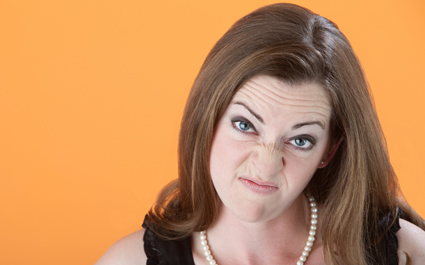 TOTAL bastards have responded to the latest row over foreign aid with a sudden interest in looking after their neighbours.

54-year-old Mary Fisher, who has never done anything except antagonise those around her, wants to prioritise the local poor people that she described last week as ‘useless bonk-eyed fuckers’.

She said: “It’s all very well with these foreigners, but first we’ve got to help the little kiddies at home who are going to bed with empty stomachs.

“I have no personal interest in doing that, but in theory that is what we should do.”

He said: “There are unemployed families on my road that are really hungry, I know this because I shoot at them with an air gun when they come near my vegetable patch.

Steele added: “I have previously helped others, admittedly it was by keeping a look out while they robbed a garden centre, but the point is I gave up my time for just a few bags of peat.”