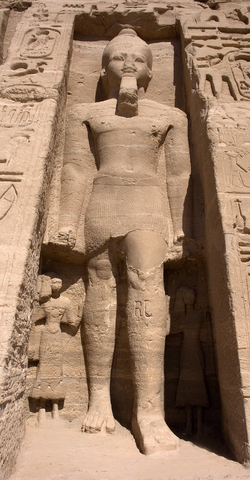 THOUSANDS of panicked UK tourists in Egypt contacted the Foreign Office last night after it emerged their mojito had still not arrived.

In resorts across the country, which currently seems to be undergoing some sort of violent revolution, stranded holiday makers said they ordered it about 15 minutes ago.

Julian Cook, who is staying at the Amenhotep III Golf Resort and Hydroponic Spa in Sharm-El-Sheikh, said: “This is an outrage. I have actually had to go to the bar and complain. And of course they immediately fobbed me off with some rubbish about how my waiter had just been shot by the police.

“I then pointed out that I could see at least two other waiters who had not been shot by the police and would it be beyond the bounds of reason for them to simply collect a mojito and a vodka and tonic from the bar and deliver them to our table without being shot by the police.”

He added: “What’s the point of spending your hard-earned money in an oppressive dictatorship if the bar staff are just going to give you a load of lip?”

Foreign secretary William Hague said the government was reviewing its Egyptian pre-dinner drinks advice constantly but at this stage there were no plans for the Royal Marines to evacuate British tourists to hotels where the staffing levels can absorb a deadly onslaught by the forces of oppression.

Why nobody cares why Egypt matters
Tom Logan, Reading University

“Egypt is seen as a vital arbiter between Arab militancy and the west when it comes to dealing with a wide variety of issues that you couldn’t give a tuppenny fuck about.

“Although Hosni Mubarak is, to all intents and purposes, a dictator, he has managed to contain the forces of Islamic fundamentalism, which is the thing that blows stuff up while you’re watching a television programme presented by Davina McCall.

“However the resulting oppression and corruption has created a powerful opposition movement that finally found the confidence to act, particularly following the uprising in that place where your cousin went scuba diving and caught chlamydia from a Welshman.

“The big questions now are: Can Mubarak survive? Will he be replaced by genuinely democratic institutions? Or will Islamic extremists grab power and destabilise the region in way that will eventually lead to some dialogue you won’t understand in a  film that will probably star Leonardo DiCaprio as a CIA operative who doesn’t play by the rules and befriends a simple villager who will get killed about 20 minutes from the end.”