THE first four matches of the 2015/16 Premier League season have been illegally uploaded to the internet.

He said: ”I was still on season 2014/15, but in the end I just said to hell with spoilers and watched all ninety minutes of Spurs’ deeply humiliating near-future home defeat.”

“Apparently they’re going to do another three seasons of football, then a big feature film where the players all join forces to fight an army of undead Northerners.”

Miliband’s pledge: 'I will really try not to completely f**k Britain' 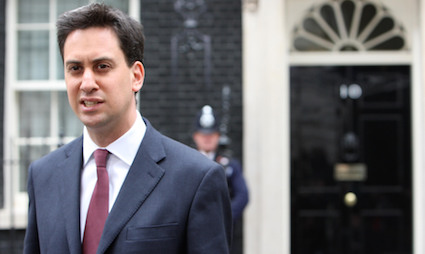 ED Miliband has pledged that a Labour government will try really hard not to fuck everything up.

Writing in the Daily Mirror, the Labour leader insisted he would make not fucking the country into the middle of next week his top priority as prime minster.

He said: “I don’t actively hate Britain and I honestly don’t want to be shit at this. If you vote Labour I will get up every day and try my best not to be an utter fucking disaster.”

If the economy doesn’t grow, trying as hard as he can to not just go out and borrow hundreds of billions of pounds;

Trying his level best to not do a sordid deal with a large Scottish party that actively wants to make him prime minister;

Trying quite hard not to ban a load of everyday things that most people are perfectly okay with;

Saving the really large-scale dicking about for the education system and the NHS.

He added: “If you want a prime minster who probably won’t fuck your life up from the very moment he takes charge then I’m probably the man for the job.”