MANCHESTER City fans have told Sunderland they put on a jolly good show yesterday, for peasants.

After the game City supporters posed for photos with scruffy Sunderland fans before giving them handfuls of chips and a pat on the head.

Mancunian Wayne Hayes said: “They came in their thousands on their horses and bicycles – I even saw one aboard a bus, if you can picture such a sight – and for a while they gave our boys quite the runaround.

“But eventually playtime was over and a couple of our hirelings finished them off before they got ideas above their station.

“They made a frightful racket as we beat them mercilessly but as the league table shows, it’s the only language they understand.”

Sunderland fans were assured that if they worked hard and were selected by some oligarch as a hobby, they too could have the same pedigree City have enjoyed for a quarter of a generation.

As a token of their goodwill, City will send another underperforming winger to Sunderland along with a flat pack of bitter and some pigeons as a reminder of their day out.

Meanwhile, Chelsea fans are preparing to patronise Manchester City fans at the end of the season for still being quite Northern and not having the hang of buying success. 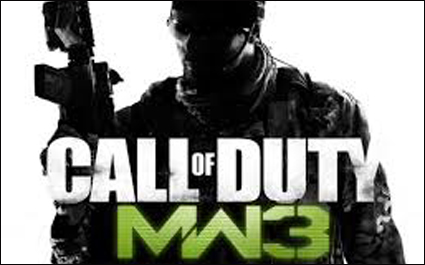 CALL of Duty: Modern Warfare, which involves Russian ultranationalists sparking a civil war, is happening on the world stage.

Game developer Joseph Turner said: “None of the team knew much about world events, so we based the story on the deranged ranting of a long-haired old man who hung around near the office.

“It turns out that his wild-eyed imaginings were 100% accurate, he was probably from the future.”

In response to recent events, the government has drafted in a select group of Call of Duty high-scorers as special advisers.

15-year-old console addict Tom Logan said: “William Hague came round my house with a Domino’s Meat Feast, he looks like an old baby.”

A UN spokesman said: “We must resolve the Ukraine crisis before the invasion of the Eastern seaboard of the United States, which happens in another Call of Duty so it’s definitely just a matter of time.”