ENGLAND’S raggle-taggle crew of enthusiastic amateur footballers believe they can hold the legendary Montenegro to a draw.

England captain Steven Gerrard, granted leave from his job as a postman, said: “They’ve got big names like Damjanovic and Boskovic, while we’re fielding Rooney who’s usually on nightclub doors Friday nights, but we won’t let their reputation scare us.

We beat the Faroe Islands 3-0 in 2007, we beat Lichtenstein 2-1 last year, and I fancy adding Montenegro to our collection of giant-killing scalps. Come on, England!

Part-time manager Roy Hodgson, better known for his stint in Last of the Summer Wine, said: Montenegro are used to a silky-smooth pitch, not the tough-as-old-boots turf at Wembley.

A draw against them would be like winning the World Cup for us.” 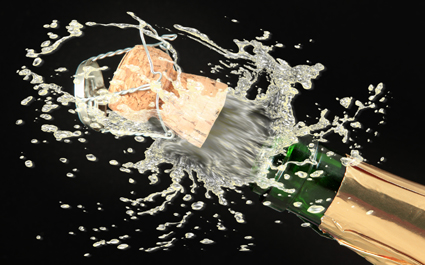 WEALTHY idiot Tom Logan has spent over £54,000 in a dreadful bar, in a vain effort to make others like him.

Logan, who probably does something involving finance, undertook his sad and grotesque display of wealth in a cold and soulless City bar called D-Luxe.

Onlooker Roy Hobbs said: “He was ordering these bottles of champagne with sparklers in.

“They were brought to the table by sexy girls with fixed grins and empty eyes.

“Everyone gathered around his booth, not because they liked him but because he was giving away free drinks.

“The whole dynamic of the situation was almost unbearably pathetic and an affront to all that is decent.

“Then they brought out this massive bottle that was the length of a car, it took six people to carry it.

“Everyone was cheering and the DJ put on some special music. But it was all a pretence, the atmosphere was hollow and everyone in the room was somehow cheapened just by being there.”

Hobbs added: “I don’t remember what he looked like.

“Probably he was big and slightly paunchy with a black open-necked shirt, fluffy slicked-back hair and deck shoes. Could be wrong though.