RUGBY union players live in constant fear of encountering their league counterparts, it has emerged.

Although distantly related, the two versions of ‘leather egg’ are not on speaking terms, largely because of league’s reputation for sudden, brutal violence.

“I know they’re smaller, and there’s only 13 of them compared to 15 of us, but they’ve all got this look about them that says they’d bite my eyes out if I tackled them funny.

“Also I can’t understand their northern voices, which makes me think they’re talking about me, probably discussing whether to punch me in the face.

“Don’t get me wrong, there’s a time and a place for gratuitous violence, but what kind of monster doesn’t at least try to dodge a tackle? Only a ravening beast runs straight at people on purpose.”

Booker suddenly looked round, saying: “Shit, they’re not here, are they? They move so damn quickly without line-outs.

However rugby union and rugby league confirmed that in the right circumstances they would be prepared to get together to beat up football. 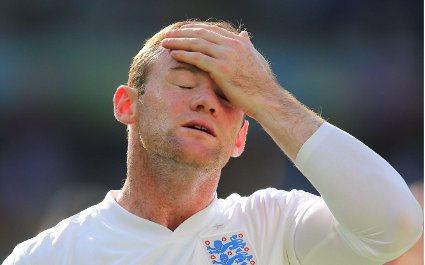 WAYNE Rooney is the England squad’s bitter and needy dad substitute, it has been confirmed.

The ageing star’s indifference and declining relevance have seen him mentor younger players in the art of getting sent off and missing pointless friendlies.

Jack Wilshere said: “Wayne’s just like my dad – hypersensitive about hair loss, moody and insists on having the Stereophonics on while we’re driving.

“It’s great to have someone on the pitch abusing the referee instead of having to shout it from the sidelines, and he’ll always nip for a cheeky snout with you at half-time.”

Andros Townsend agreed: “Going from John Terry, very much the abusive stepfather, to a much more traditional bitter dad role model has really helped the team.

“He’s exactly like a real father in that you have to pretend he’s an ace player when he’s hoofing it upfield and panting after the ball.”

Meanwhile manager Roy Hodgson is the team’s mother substitute, giving all the players hugs and Wagon Wheels while telling them they tried their absolute hardest.