Thank god the football's back, says man who refused to watch Women's Euros

FINALLY there is football on again, according to a man who avoided the women’s European Championships.

Wayne Hayes has declared that the long months of football-free tedium are at an end at last, deliberately ignoring the fact that one of the sport’s showcase events has been on every day for weeks.

Hayes said: “There’s been no football at all since June. Except the Confederations Cup, and the Premier League Asia Trophy, which don’t count for obvious reasons.”

According to his friends, Hayes has avoided conversations about the women’s Euro 2017 and pretended not to know who Steph Houghton and Jodie Taylor are.

Colleague Nikki Sheridan said: “I mentioned the cricket, and Wayne perked up, until he realised I meant the women’s cricket, then he looked hurt.”

Hayes added: “I may have seen the odd minute here and there of the Lionesses, but that’s just because I hate the French and not because I actually felt pride in the achievements of an England team for the first time in 27 years.

“If they’re quite good it’s because their manager has a penis.”

We thought Brexit was a type of wafer biscuit, admit pensioners 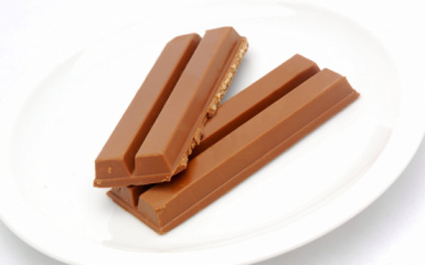 ELDERLY ‘Leave’ voters have admitted they thought Brexit was a chocolate-covered wafer biscuit.

As Brexit negotiations continue to falter, pensioners confessed that they may have accidentally sealed Britain’s fate by voting for a new type of individually-wrapped snack bar.

83-year-old Roy Hobbs said: “I live alone and biscuits are a big part of my life, especially Penguins and Kit Kats.

“I thought a Brexit was probably something like an Orange Club crossed with the sadly defunct Jacob’s Trio bar, so when they asked ‘do you want this?’ I naturally said yes.”

88-year-old retired headteacher Margaret Gerving said: “I don’t long for the return of pre-war Britain, but I do want to see Blue Riband bars brought back. I thought a Brexit would be a similar type of no-frills brown oblong sold in packets of six.”

She said: “I don’t care about immigration, I just want biscuit bars that can removed from their packaging and pointlessly displayed on a plate, and to stop cats coming in my garden.”