BRITONS have lethargically picked the Fantasy Football team that will keep them entertained for a fortnight before being forgotten about.

Thousands of people have painstakingly assembled the team in a process similar to completing a tax return but without the threat of prosecution.

Tom Logan, from Peterborough, said:“It was fun for the first couple of minutes when I signed Christian Benteke and Harry Kane, but before long I was scouring Bournemouth for defenders I could afford and wishing I could just outsource the whole thing.

“I’m not sure what kind of fantasy this is supposed to be.”

The joyless annual ritual has been observed since 1991 but no participant has ever made it beyond Christmas still able to name three of their players.

Stephen Malley said: “I woke up in a cold sweat last March wondering how my fantasy team was getting on.

“It turned out that most of them were injured or had moved abroad. Some players I thought I’d picked had in fact retired in the 1990s. I couldn’t help but feel partly responsible.” 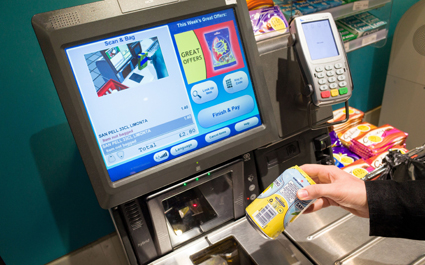 TESCO’S new automated till has the character of a divorced middle-aged woman with a borderline drink problem.

The supermarket confirmed that it would be replacing its intolerably uptight till with a slapdash, mildly flirtatious version that doesn’t care about the bagging area because it is preoccupied with its hangover.

A Tesco spokesman said: “The new ‘Susan’ till just wants to get through the day without throwing up.

“She’s just left a bad marriage and is torn between the desire to have drunken fun in local nightclubs and a sense of responsibility for her kids, Shane and Jenny, who are spending a lot of time with their grandmother.

“With all that on her plate she doesn’t give a fuck about what’s in the bagging area. She just wants to get these groceries processed as quickly as possible so that she can have a cigarette.

“She likes tall men though and will try to get their number.”

The ‘Susan’ till said: “I tell you what’s an ‘unexpected item’ – my ex’s support payment when it arrives on time.

“Is that a bag of oranges? Let’s just say it’s oranges.”