A FIVE-A-SIDE football match has been marred by the presence of a man who is able to control the ball and shoot.

Suspicions arose almost immediately when the player laced up his fancy boots and embarked on an elaborate warm-up.

Hapless regular Martin Bishop said: “I’ve no idea who this guy was or who invited him, but he won’t be coming back.

“He may have scored 12 goals, including a Maradona-esque run past every player on the field, but he didn’t impress anyone with his use of both feet.”

“I felt pretty embarrassed for him when he nutmegged me for the sixth time.”

After the game the regular players wheezed, coughed and arranged to have a pint at a nearby pub, while the mystery goal scorer wandered off while sipping a bottle of Lucozade Sport. 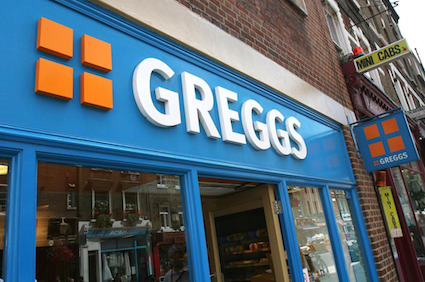 A MAN who rugby-tackled an obese woman just as she was reaching the counter of Greggs has been hailed as a hero.

Following the chief medical officer’s warning that obesity could cause more deaths than terrorism, fitness instructor Nathan Muir saw the threat in the Nuneaton bakers and decided there was no time to call police.

He said: “It was like everything went into slow motion.

“I saw the £20 cocked in her hand and knew that, as it was only half-eleven, the shop would be fully stocked with a devastating arsenal of steak bakes.

“Lives were at risk if I didn’t act, and that gave me the energy I needed to burst through the door and bring her down without any thought for my own safety.

“When she recovers from her injuries, I’m sure she’ll thank me.”

Mayor of Nuneaton Susan Traherne said: “I knew Nathan took a tough line against female obesity in nightclubs and on social media, but now he’s shown he can walk the walk.

“If only this country had a few hundred more like him.”