Wenger quits to become a tortoise

ARSENAL manager Arsene Wenger has given up football in order to become a tortoise, it has emerged.

The Frenchman made the announcement in an airing cupboard at the Gunners’ London Colney training ground: “Football is too much hurly burly and the weather does not suit me. I have long yearned for a winter break.

“Now I am going to have one forever, in a nice box filled with fresh straw. Over time I will grow a shell and my hands will become paw-like scaly things with little claws.

“Please remember to leave me water and food in case I wake up early. We don’t want a repeat of that horrible business with Frida off of Blue Peter.”

The Frenchman has become increasingly slow-moving in recent years, and more prone to falling asleep under heat lamps and trying to mount lumps of tree bark.

Bubble tea literally the spawn of the devil 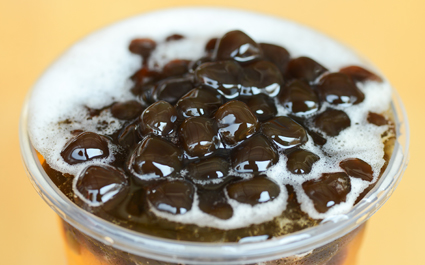 BUBBLE tea containing mysterious ‘chewy pearls’ is the actual product of Lucifer’s evil loins, it has been confirmed.

Hundreds of thousands of bubble tea enthusiasts have been tricked into consuming the black eggs of Satan after it was cleverly marketed as the successor to pumpkin latte and other ridiculous beverages.

Bubble tea drinker Emma Bradford said: “There’s something very wrong with a cup of tea that requires chewing, but I wanted my friends to think I was kooky and fun, so I kept drinking it.

“However, after a few days I started having really dark thoughts and when my boyfriend told me I was being a total cow I flayed him alive with the power of my mind, which is really out of character for me.

“But it wasn’t until I noticed that my feet were changing into cloven hooves that I realised I was actually imbibing something demonic. I know I should give it up, but I don’t want everyone to stop thinking I’m all cute and unusual like Zooey Deschanel.”

Satan said: “My sticky black eggs, which would otherwise hatch into demons, are high in Vitamins B and D. Keep consuming them and Apple computers, you fools.”