NEIGHBOURS of Arsenal have called the police after Arsene Wenger had a screaming argument with Cesc Fabregas in the early hours of the morning.

As a man described as looking like Pep Guardiola waited outside in a black cab, the Arsenal captain was heard asking Wenger to calm down and stop making a scene. Police arrived, but Wenger asked them to leave, saying that it was between him and his man.

Neighbour Tom Logan said: “Cesc was telling Arsene that he’d just moved on as a person and that he hoped they could one day play a friendly together.

“Arsene sat on the front doorstep, rocking back and forth, clutching a photo of the pair of them holding the FA Cup in 2005 and saying ‘you said you’d never leave’ to himself over and over again.”

The pair had enjoyed a tumultuous relationship since Wenger shocked the rest of Arsenal by returning from a city break in Barcelona with the midfielder in tow.

Despite the manager lavishing the midfielder with gifts such as a lengthy contract and the captaincy, some grew suspicious of the reason behind his frequent trips back to his former home in Barcelona.

One Arsenal insider said: “He’d go missing for a week at a time and come home reeking of trophies but Arsene believed him when he said he was just visiting friends. I think deep down he knew he could never hang on to a player who’s much younger and more talented than he ever thought he could bag, but he just won’t admit that it’s over. I think he just loves how being with a player like Fabregas makes him feel.”

Wenger is currently being comforted by the rest of the Arsenal squad, with Emmanuel Eboué asking the manager if Fabregas’ departure means they can give things another try.

Scientists dare each other to poke mystery roadkill animal with stick 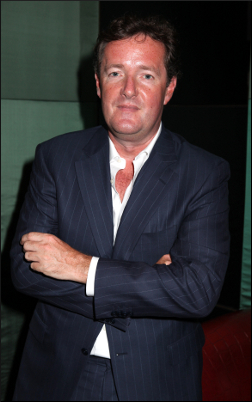 THE decomposing corpse of a mystery creature is likely to remain unidentified after experts refused to go anywhere near it.

Locals near the Minnesota road where it was discovered are speculating that the putrefying clawed-footed beast is the legendary Chupacabra, an animal rumoured to drain blood from unsuspecting goats.

Professor Henry Brubaker, of the Institute for Studies, said: “Sure it’s interesting, but not interesting enough for me to put my hands on its rancid decaying face and balls.

“It looks like a hairy Pepperami with fangs and it smells like an old pig bladder full of farts. You’d have to be wrong in the head to want to get by that.”

He added: “I’ve found a long stick but I’m going to leave it to another leading member of the zoological community to give it a poke.”

“Either it’s lying really still, waiting for someone to get close enough to bite their face off, or it’s some outer space thing where if you touch it its spirit sort of jumps into your body and possesses you, making your eyes go black and giving you the taste for human flesh.

“In summary, it’s someone else’s problem.”

And Cambridge professor of zoology, Roy Hobbs, added: “You can see it’s gone all hard and there’s clumps of fur missing. Just look at it.

“I really like science, discovering new species and so forth but I also realised many years ago while doing my PhD that there are some right manky fucking things that I wouldn’t touch with yours.”