DAVID Moyes is probably going to have to be West Ham’s new manager, the club has wearily announced.

After sacking Slaven Bilic, West Ham’s directors declared with grim resignation that Moyes would be their default appointment.

David Gold said: “We could’ve pretended that we had various other exciting options like Carlo Ancelotti or Marco Silva, but what’s the point in prolonging the agony when we all know it’ll be Moyes?

“I don’t even recall calling David to offer him the job, we just heard a knock at the door and there he was staring at us with those desperate puppy dog eyes and we knew the game was up.

“The only consolation is that it’s not Sam Allardyce again, although I think he’ll come round next.”

David Moyes said: “I’m looking forward to making a futile attempt to turn this team’s fortunes around before being laid off at the start of February.

“It’s just nice to be indoors for the winter.”

The real battle is fighting off all the ladies, says top Call of Duty player 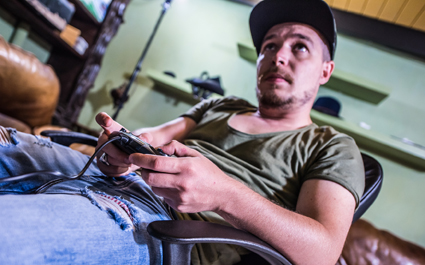 AN OBSESSIVE Call of Duty player claims the real war is fending off the women who want to snatch him from his gaming chair.

Following the launch of Call of Duty: World War 2, hardcore gamer Tom Booker said: “There’s something about a man who manages to get 25 kills without dying, thus triggering the V2 Rocket score streak that makes women go absolutely crazy with desire.

“I reside in a darkened room, the sounds of gunfire occasionally interrupted by the screams of ‘dammmmnnn there’s a nuke baby!’ To many women this equals enigma and only heightens their lust.

“I sacrificed many hours to get this pasty colour, greasy sheen and alluring oniony smell. But ladies you’ll just have to wait for it, after all, I’m at war.”

Booker added: “I’m kind of a George Clooney figure. I wouldn’t be surprised if I get asked to do an advert for coffee or bulk-buy crisps.”