The six worst school sports memories of your childhood

EVERYONE loves the Olympics when you can watch it on telly with a glass of wine and a pizza. But do you remember the trauma of actually doing sport at school? Here are the low points.

Just a gruelling yomp across fields in bad weather, with none of the fun of football, netball or table tennis. It would have done wonders for your overall fitness, if it hadn’t put you off running and jogging for life.

Sports that almost maimed someone

Surprisingly, the girly-sounding sport of hockey was ideal for this. Fancy losing some teeth or an eye due to someone taking a high backswing and hitting you in the face? Hockey’s your game. Also good for accidentally slamming the ball at head-height and painful shin injuries. It’s no wonder girls who went to public school are so tough.

Bronze, Silver and Gold Survival medals were beloved of any school in the 80s. To replicate the feeling of actually drowning you had to swim in pyjamas. However many a rubber brick was saved from a watery grave.

Nothing says ‘loser’ like being picked last and spending an hour in goal, shuddering on a chilly football pitch while all the other players were having fun further up the field. Then you got roundly slagged off for letting a goal in while getting no childhood exercise whatsoever.

Relatively rare in state schools, but traumatic. Why not smash your own friends’ faces in? It’s worth noting that boxing was the preferred sport of the Kray Twins.

Some of the most boring sports in existence. Apart from the ancient Greeks, has anyone ever given a toss about throwing a discus? It’s just a heavy frisbee. The triple-jump seems to serve no purpose whatsoever. Javelin throwing was more interesting, but you weren’t a Roman soldier and you couldn’t aim it at the school bully who’d hassle you for being a member of Computer Club. 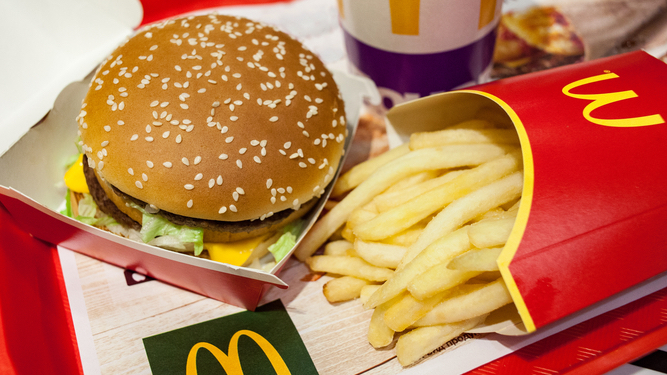 A MORON who was uninterested in getting the Covid vaccine to protect himself and others has had a change of heart after being offered a free double cheeseburger.

Dimwit Joe Turner, 26, said the lifesaving properties of the vaccine had failed to incentivise him into not being hospitalised or dying.

However, a new government scheme offering free takeaways and Uber rides to vaccine recipients prompted a radical change of his position.

Turner said: “When I was first offered the vaccine I didn’t really see the point in it. I’m young and reasonably healthy, so I didn’t understand what was in it for me.

“But then a mate told me the government would give me a free McDonald’s if I got it – so I’m starting to come round to the idea.”

Fellow idiot Roy Hobbs was also previously unenthused by the idea of vaccination.

He said: “I’d seen a bunch of scary stuff on Facebook about it having a microchip or messing about with your DNA – so I was pretty worried about putting that stuff in my body, to be honest.

“But then I saw I could get a free kebab so I booked my first jab for later this week.”