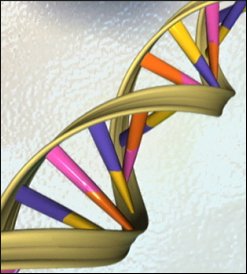 In an interview for BBC1's Andrew Marr Reads the Papers, Archbishop Tutu said: "For years we have grappled with the question of why no-one likes scientists. Why are they such pricks?

"Is it their creepy Middle Earth fetish, or their strange, adolescent attitude to women? Perhaps it's their uncanny ability to suck the fun right out of a room?

"Personally, I believe it's because they think they can spout whatever horseshit crosses their minds and then stand back and say, 'I'm a scientist, don't you know'."

Mr Annan added: "You can't simply ignore the genetic evidence. If it's telling us that scientists are total pricks then we may have to rethink how we deal with them.

"Perhaps we should limit their grants, otherwise they might spend it on researching things like the most efficient way to tie your shoelaces, or why toast always lands butter-side down.

"Oh wait, they're doing that already aren't they, the bunch of COCKSUCKERS!"

Nobel-prize winning geneticist James Watson described the comments as 'offensive', adding: "They're Africans – what do you expect?"