THE BBC has apologised to Blue Peter viewers after fixing the results of its latest 24-hour cat-naming phone-in poll.

Production staff rejected the viewers choice and instead named the cat Mark Thompson after the BBC director general Mark Thompson.

The BBC has now launched an inquiry and promised to introduce a new kitten to the show next week which will sit on a cushion embroidered with the name 'Pisswizard'.

A BBC spokesman said: "We hope that Blue Peter can move forward into a bright new era – an era of honesty and integrity, the era of Mark Thompson and Pisswizard the kitten."

The BBC has also disclosed a series of deceptions in a bid to clear the air with viewers and regulators. Yesterday the corporation admitted:

The spokesman added: "Some people may say that if you are using the threat of jail to extort money from your audience, you really shouldn't lie to them as well. But what if you then use that money to produce Strictly Come Dancing? People forget about that." 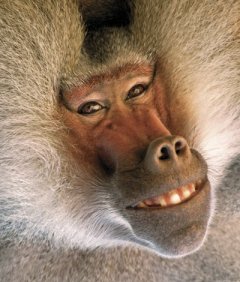 ALMOST all Britons are not witless baboons incapable of managing their own affairs, a new report claims today.

According to the research nearly everyone in the country is not on the verge of gambling themselves into bankruptcy and a life of horror and degradation.

At the same time virtually no one seems compelled after a single game of internet poker to sell their house and force their children into prostitution to pay for their spiralling addiction.

A spokesman for Gordon Brown said the report’s findings were “alarming and deeply disturbing” and a source of major concern at the highest levels of government.

He said: “If this research is correct then nearly 99.4% of the British population are not totally bumbling fucknuts who are incapable of running their lives without constant interference from an overbearing government. Surely that can’t be right?

“What is the point of having a Parliament stuffed full of highly paid MPs passing all these laws preventing people from doing things if the people then just go off and don’t do them of their own accord? Are they trying to put us all out of a job?”

Dr Bill McKay, professor of behavioural studies at Dundee University, said he was astonished to discover that virtually no one in the study was a “completely hopeless dipstick”.

He said: “We even looked at really poor people who everyone knows are stupid, and the vast majority of them seemed perfectly capable of having a beer and a fag and a trip to the bookies or the bingo hall without instantly becoming drug addicted muggers. Frankly I was amazed.”