A DOG who has stolen another string of sausages from an unwitting butcher has admitted his life is ‘out of control’.

Guilt-ridden terrier Bill McKay has once again found himself sprinting down the high street of his small town with a chubby, red-faced man in hot pursuit.

It is the second time this month that McKay has stolen meat while the butcher’s back was turned, even though he promised himself he would stop.

McKay said: “I’m better than this. I know I am. There’s perfectly good food from a tin at home. Do I have a subconscious desire to be caught?

“And that poor man having to chase after me. Life is hard enough for small, independent traders without the likes of me and my self-destructive impulses.

McKay’s previous record is seven weeks without meat theft, while he was wearing one of those head cones.

Your guide to using the toilets at work like a ninja 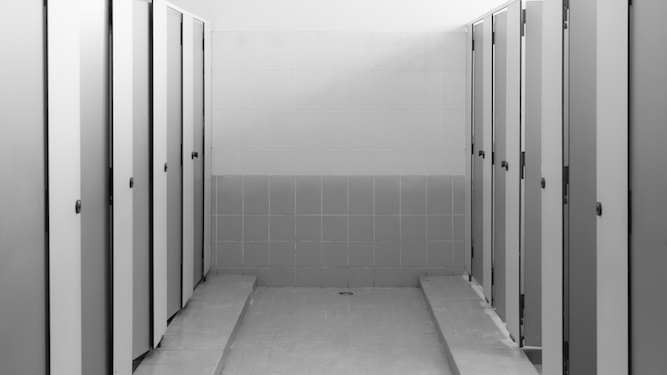 DO you sometimes need to take a dump at work but don’t like your colleagues knowing? Here’s how to use the bogs with the silence and stealth of a ninja.

Make sure no one sees you enter the toilets

Scout out the entire building the day before and take note of the least used toilets. Then sneak in undetected by crouching behind desks or doing commando crawls. It’s well worth it to avoid admitting you need a shit.

When you need to go, slip into the stationery cupboard and pull on a balaclava before heading for the toilets. Most offices are so strange people will just go ‘Oh, it’s the balaclava guy again’, but if a security guard approaches you, fell them with a flying drop-kick and leap out of a window.

Are you worried that a few sheets of loo roll in the toilet bowl won’t be enough to cover up any giveaway sounds? Instead make dozens of trips to the bogs beforehand and soundproof the cubicle with egg boxes. It’ll take ages but it’s worth it to hide your body shame.

Ninjas sometimes used firecrackers to distract their foes, but you’ll need something more suitable for an office, so bring in cakes. While everyone’s fighting over the chocolate eclairs, slip away and claim your throne.

If you don’t have time to do any of the above simply walk out of the toilet muttering about how much it stinks in there. Everyone will know it’s subterfuge but they won’t say anything because they do the same thing.