THE new series of Gladiators has been given the green light after Britain's captive monkey population gave it a non-opposable thumbs-up.

Sky TV has been testing the format since the start of the year with a range of caged monkey troops at zoos across the country.

A spokesman said: "The spider monkeys at Bristol Zoo absolutely loved it. They were bouncing off the walls and chucking their faeces around like it was dinner time.

"Edinburgh's macaques seemed to enjoy the round where the Gladiators bang into each other inside huge metal balls.

"We actually had to have someone in the cage constantly wiping faeces off the big screen.

"The Japanese snow monkeys at Regent's Park actually went so far as to show their buttocks to the screen during the 'hang tough' round.

"The sheer level of airborne faeces suggests they would favour Kirsty Gallacher as a possible co-host."

Sky have been using monkey test audiences since 2005, insisting they are easier to work with than human families from Glasgow, Manchester and Reading.

The spokesman added: "They're much more discriminating and there's a lot less excrement on the floor."

Britain Gives Up Food For Booze 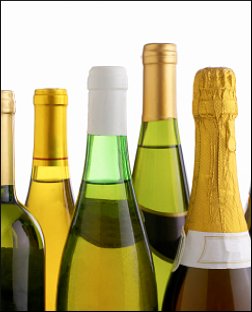 MILLIONS of people across Britain last night vowed to give up food instead of alcohol, after the government forced them to choose.

Following the chancellor's move to make everyone in Britain buy just one thing per year, the country's food consumers say they are ready to switch-over to beer, wine and spirits full-time.

Tom Logan, a 27 year-old accountant, said he would eat his dog and live on grass rather than give up meeting with his friends on a Wednesday for a couple of pints of lager and a game of cribbage.

He added: "I've cancelled my life insurance and sold my car. Hopefully that will keep me going until the army stages a coup."

Nikki Hollis, a 33 year-old sales manager, said she would switch her six month-old child from organic baby food to strips of newspaper soaked in Oxo rather than give up large glasses of Chablis.

"I've worked hard to achieve this standard of white wine and if I have to take my youngest daughter out of private school to maintain that, I will."

Bill Mckay, 86, said he had stopped consuming vegetables and would fill up by eating his duvet so he could carry on drinking his nightly glass of Sailor Jerry's Navy Rum.

He said: "I will have to smoke a lot more to kill my appetite, and hope my winter fuel allowance increase lasts me through the dark months when I have a small one in the morning to wake me up.

"But I lived all through the Second World War and drank every day. If Adolf Hitler couldn't stop me, what chance do you give this Scotch twat with the dodgy eyebrows?"