ALISTAIR Darling has been described as 'the worst chancellor since the invention of numbers'. The pressure is on, but can he pull a rabbit out of his battered red hat? If so, will he then lose the rabbit? Or will the rabbit be appointed to the board of Northern Rock? And is this so-called rabbit domiciled in this country or not? Ladies and gentleman, all the way from Downing Street in London's fashionable West End,  we give you THE BUDGET! 1241: "Jam companies have a responsibility to society"

1248: Gordon Brown pushes chancellor out of the way and tells him he's 'doing it all wrong'.

1254: Pledge to abolish poor children. 'They're so horrid' says chancellor

1257: "UK remains one of the best places in the world to do the business"

1320: Cigarettes to be sold from box full of cobras

1323: And he's giving it to the fucking pensioners! 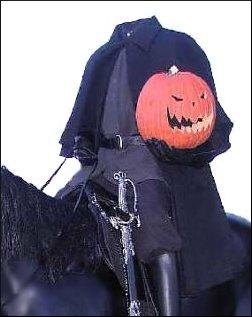 Mr Darling will unveil a series of measures to help people on incapacity benefit back into work, coupled with tax breaks for environmentally friendly transport.

He wants to use the tax and benefits system to tackle the growing problem of anti-social behaviour among thousands of under-employed headless maniacs.

A Treasury source said: "We're not suggesting they're claiming incapacity benefit illegally. They are headless, after all.

"And while they may be rampaging through the countryside, decapitating respected members of the community, at least they're doing it on a horse."

He added: "We have an opportunity to not only achieve staged reductions in rural beheadings, but offer rewards and incentives for low carbon mobility."

Meanwhile City analysts are divided over how Mr Darling's first budget will go. Tom Logan, head of markets at Donnelly-McPartlin, said: "I think he'll make a complete and total arse of it."