LAST year's summer floods were a freak event caused by a lot of water, a new scientific report has revealed.

According to the eight-month study the key cause of the flooding was rain falling out of the sky for a very long time indeed, on several occasions.

The rain quickly dissolved in rivers and streams where it was transformed into water which then poured into people's houses creating the characteristic excess of wetness often seen when flooding occurs.

Professor Henry Brubaker, of the Institute for Studies, said: "At first we were totally baffled as to why all these people’s houses had got so damp, so quickly, and all at the same time.

"Then one night I was down the pub with Jeff and I said 'Jeff, there’s got to be some simple explanation for all this wetness' at which point he knocked his pint into my lap.

"I was absolutely soaked, even the undercrackers. What's worse, I totally lost my chain of thought. It was another eight months before we finally made the link with water.

"But even then we still had some work to do. Did you realise that not a single house on top of a mountain got flooded? That had us stumped for a long time."

Other key conclusions of the report were:

Formula One To Feature An Elephant On A Skateboard 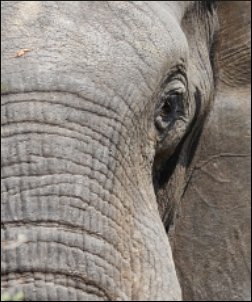 MOTORSPORT bosses have unveiled plans to overhaul Formula One with exciting new features, including hand to hand combat and an elephant on a skateboard.

FIA president Max Mosely said the changes were necessary after everyone suddenly realised that watching a grand prix was 'unbearably tedious'.

He added: "We thought about just chucking some oil on the track or tampering with the brakes, but that's frowned upon. Apparently."

Under the new rules drivers can only take part in the race after fighting their way through a gruelling series of televised combats, including bare-fisted punching and an 18th century duel, featuring antique pistols and powdered wigs.

The top three drivers in each race will then be able to pick up extra points if they can beat an elephant on a skateboard over half a mile.

Mr Mosely said: "We reckon that if we get enough people to push the elephant it should pick up a fair head of steam.

"All we have to do now is train an elephant to keep its balance on a very big skateboard for about 20 seconds.

"If it's still not fast enough we'll use a gigantic catapult."