A PAIR of giant Pandas who arrived in Scotland this week have claimed they were duped after being promised a fortnight in Majorca.

Chi Chi and Cha Cha said they only agreed to leave China after officials offered them a two-week stay in a seaside apartment in the picturesque village of Deia.

However, once on the plane they learned that instead of going to the beautiful Balearic island they were being sent 'on loan' to Edinburgh zoo for ten years.

Chi Chi said: "Who are these people? I've spent all my life in rural China and I've never seen such poverty and bad teeth. And I can't understand a bloody word.

"We were promised a fortnight of snorkelling, and our own hire car. We end up living in a hole in the ground, surrounded by our own mess.

"Ten years? You get less for murder. I want to talk to my solicitor. Where the fuck's the WWF when you need them?

"And I'm knackered. I've only been here a day, and every time I go outside someone throws a bottle at my head."

He added: "I don't like chips right, or Mars Bars. I just want a bit of bamboo, and a number for the nearest Chinese.

"I'd thought the break might be good. I've been under a lot of strain recently, you know, everything’s not been right down there. But this has just made it worse." 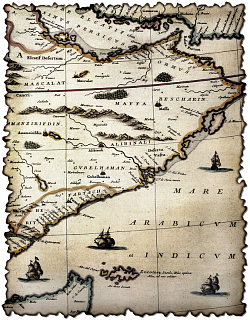 WORLD famous explorer Sir Ranulph Fiennes is to lead a one-year expedition to discover why the fuck gas prices keep going up.

The seasoned adventurer warned the expedition was the most difficult and dangerous he had ever undertaken, and that the chances of success were slight.

He will be joined in his quest by a team of 'brave and brilliant' volunteers, including David 'Dr Who' Tennant, Carol Vorderman and Stephen Fry, who have all committed to find the answer, or die in the attempt.

Sir Ranulph said: "We read every day that wholesale gas prices are rising sharply, but if you ask anyone in the industry why they just tap the side of their nose and wink.

"The same gas is coming from the same people and it's summer so we are using less, yet this fuel is now so expensive that poor old ladies have to beg in the street for a cup of gas so they can make tea.

"Some say the gas ships are being dragged under by giant sea serpents or that the Russian gas crop has failed again. Others claim the Germans reserved it all this morning, and won't share.

"The one thing we can rule out is that a bunch of profiteering bastards are hiking the price so they can buy themselves a diamond encrusted tiger each."

He added: "I have been personally charged with this mission by Her Majesty the Queen, whose direct debit has risen from £42 to £63.75 in just six months.

"She wished me godspeed and said: 'Sir Ranulph, find out what the fuck is going on with gas prices. And don't come back until you do. And no potatoes or anything. I've got enough of that shit'."