KEN Livingstone named one of his pet newts ‘Adolf’, it has emerged.

The former London mayor is also an award-winning newt-keeper but has never revealed his pets’ names, insisting it was a ‘private matter’.

But a source close to Livingstone said: “He currently has four newts named Adolf, Jeremy, Susan and Chairman Mao.

“They are his best friends. He says ‘Jeremy newt’ is very loyal and would never seek to have him suspended from the British Newt-Keepers Association.

“So there is no rift between Ken and his newts. They remain absolutely committed to fighting Tory cuts.”

When confronted over this newt-naming policy, Livingstone said: “You’re reading far too much into this. I called him Adolf because he’s a bit mad.”

Father praised for looking after child for four whole hours 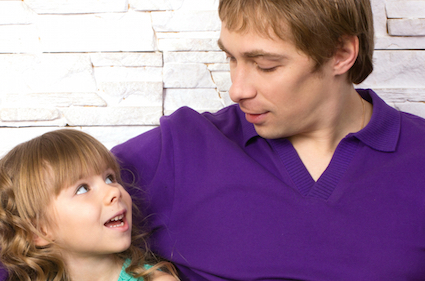 A MAN has won plaudits for looking after his daughter for a whole afternoon without supervision from his wife.

Tom Logan watched his three-year old from 1pm until nearly teatime all by himself, an experience he described as “exhausting but strangely uplifting”.

Logan said: “I got to spend some quality time with little Amber watching television, and my wife had more time to prepare dinner, so it was win-win all round.

“Persuading Amber to switch from Teletubbies to Breaking Bad wasn’t easy, and I had to keep explaining the plot, but I think she’ll thank me one day.”

Logan added: “I’d like to think I’m an inspiration to other modern, progressive dads who want to help raise their children from time to time.”

Logan’s wife Sarah said: “Here we are, four hours later, and she’s still alive, if a bit traumatised by Breaking Bad. He really is very special.”