THE scientist who invented a mouse that could eat as much as it liked without getting fat has been found dead in his laboratory with his body covered in tiny teeth marks.

Dr Wayne Hayes of the Australian Mouse Institute was discovered on his lab floor surrounded by piles of mouse dropping and vomit, with his flesh gnawed down to the bone.

Colleagues paid tribute to the world-renowned researcher saying he had devoted his life to messing around with mice for the good of mankind.

Nikki Hollis, Hayes’ long term lab assistant, said: "I left him in the lab late on Tuesday, it was nearly midnight and I said 'Wayne, you’ve got to rest.'

"But he said: 'No, Nikki, I’m just going to remove this angiotensin converting enzyme and I feel sure I can create a mouse that can eat whatever it wants but still be 20% lighter than normal with 60% less body fat.'

"I was so tired I just left him to it. Next morning we came back in and all that was left was a skeleton and this skinny looking rat thing with a very nasty look in its eye. Dave hit it with a shovel before it could go for anyone else."

Dr David Hobbs added: "It was total carnage in there. It looks like the mouse devoured him from the feet up, while he was still alive.

"He invented a mouse with super strong forearms last year and I think that must have helped hold him down. I asked the talking mouse with the ear on its back if it knew what happened. But it said it didn’t see a thing." 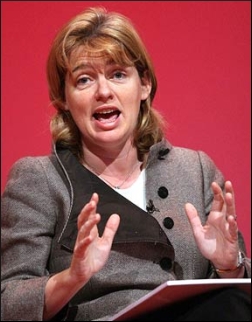 Tom Logan said his publication featured staged scenes of consensual sadomasochistic sex, and called for himself to be strapped to a St Andrews cross by home secretary Jacqui Smith and his penis flayed with a wet cat o’ nine tails.

Mr Logan also said clamps should be attached to his nipples and that his scrotum should be tied up with string while transport secretary Ruth Kelly lashed his quivering buttocks with one of those spikey things she got from Opus Dei.

He said: "Oh no, our incredibly strict government has discovered that I have been playing naughty games in private with my kinky friends and now it wants to punish me.

"It's going to force me to dress up as a schoolgirl and sit down at a desk while Harriet Harman walks up and down in a short skirt and stockings, carrying a cane.

"And if I can’t recite the relevant clause from the Obscene Publications Act she’s going to put me in some stocks, pull down my knickers and spank my little white botty with a fish slice while screaming filth at me in German."

Henry Brubaker, head of civil liberties at the Institute for Studies, said: "Some people would argue that what consenting adults get up to in the privacy of their own homes is nothing to do with the government.

"But if people are determined to hurt themselves in the pursuit of delicious, forbidden ecstacy they should join the Catholic Church. Otherwise, they are deranged perverts who should be thrashed until their privates explode."