A GRIM silence gripped a family as they tried to concentrate on an episode of Doctor Who while ignoring their dog furiously licking its own genitals.

The Logan family’s six-year-old labrador Teddy spent close to 45 minutes slobbering all over itself in full view of everyone.

Recounting the experience, mother Susan said: “Initially when I heard the sound I thought someone was in the kitchen vacuuming up some spilled yoghurt. But then I realised it was Teddy.

“We tried our best to ignore it, but frankly it’s rather difficult to care about Jodie Whittaker waving a sonic screwdriver at a Dalek when your dog is fellating itself on your new sitting room rug.

“Eventually, we had to tell the kids that Teddy was just cleaning himself, but I’m not sure if they believed me. I mean, nobody enjoys cleaning themselves that much.”

Husband Tom Logan said: “It was disgusting but fair play to the guy. If I had that kind of flexibility, I don’t think I’d ever have felt the need to get married.” 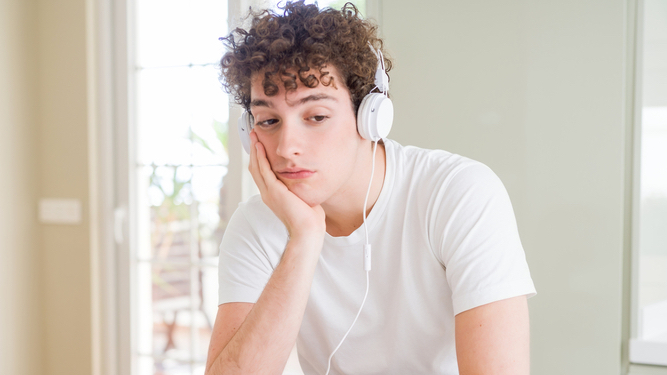 A MAN whose teenage years coincided with the first decade of the 21st century has no recollection of any music made during that time.

Jordan Gardner, born in 1988, has strong memories of Little Britain, Arsenal going a whole season without losing a game and trading his Nokia for his first iPhone, but when it comes to music he draws a complete blank.

Gardner said: “My granddad’s always going on about The Beatles and The Rolling Stones. My Dad bangs on about The Sex Pistols, Blondie, U2 and watching this programme Top of the Pops they used to have until there was some sort of police crackdown on the presenters, apparently.

“I’ve got an older cousin who was into Blur and Oasis, who were some sort of big thing, the way he goes on about it.

“But I don’t recall any music at all in the noughties. I’d occasionally put on Radio 1 and there’d be this blizzard of beats and I’d have to turn it off again. Put me off reading my Harry Potter.”

Hannah Tomlinson of the NME website said: “This is ridiculous. There was a vast amount of memorable music made in the early 2000s. He could have been listening to Kings Of Leon, The Rakes, Ricardo Villalobos, Burial, Sam Sparro and a host of others.”

Gardner said: “I’m sorry, none of those names ring a bell at all. In fact, I think they’re made up.”