APART from companionship, the main reason people get dogs is so that strangers chat them up in the park. Here are five breeds that definitely won’t get you laid.

These little dogs certainly look cute, but they’re a conversational black hole because every chat will immediately be about the Queen. And unless you happen to share a particularly odd kink, there isn’t much flirty chat to be had about our 94-year-old head of state.

These poor dogs suffer from a bad reputation which means that everyone who encounters you will assume you’re a terrifying psychopath who recently got out of prison and is looking for the local illegal dog fight. The only people who won’t give you an incredibly wide berth will be very scary themselves.

Take one of these massive pointy-eared brutes out for a stroll and the message you’re sending out is ‘I decided to get a pet which is actually a guard dog favoured by the police, security guards and the Nazis’. This may put some people off.

A pug’s tiny legs mean you will be dawdling unattractively round your local park like an old lady and, even if by some miracle someone did approach you for a chat, their wheezy breathing will distract from any flirting. Plus it’s impossible to look cool when you have to bend down to pick up a teeny tiny shit.

Are these dogs beautiful or do they look like the canine version of Paul Hollywood? Either way, they’re known to be a nightmare to train which means you have only chosen one because it looks like you own a wolf. People will assume you’re a tragic macho weirdo who probably also collects samurai swords. 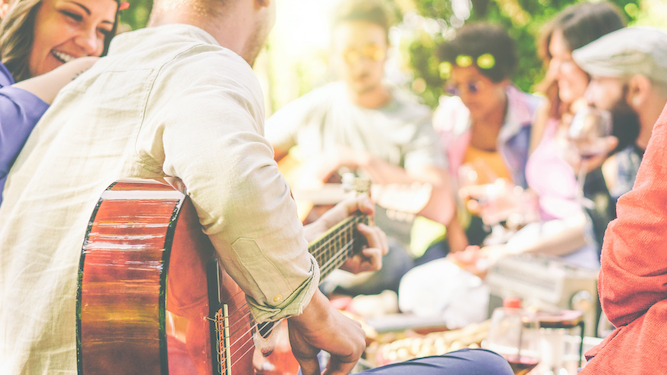 THE UK has agreed that since it is almost April, the sun is out and the Welsh can get haircuts then it must be legal to do stuff again.

Across the country people are visiting family members indoors, meeting in large groups in parks, and doing other things they are pretty sure the government has allowed them to do round about now.

Nathan Muir of Hitchin said: “It’s like Dry January doesn’t actually end on January 31st, it’s the nearest weekend. Lockdowns work the same. So I’m off round John’s for a few cans, then I’m at my mum’s for tea.

“All in the garden of course. Unless it rains. Although now the rules have finished we might as well be indoors just in case.

“Then on Sunday my friend Emma’s having a party, because that’s only like getting a haircut with a load of people you know.”

19-year-old Grace Wood-Morris agreed: “Data not dates, Chris Whitty said, so that means you don’t have to stick to the dates if you’re going on the data. And the data is I really, really need to see my mates.

“It’s sort of around now we’re allowed to meet in groups. I think they said groups of six, so that probably means six households and 40 people. It’s just a matter of using your common sense.”