Does evil lurk 'down there'?

An older lady at work has approached me in a lascivious manner and I am not sure whether to bow to her advances. Someone told me that lady parts start to grow teeth after a woman hits forty. Honestly, I am scared of the horrors I might unearth if I go there. Am I right to be cautious?

Don’t believe everything you hear. The truth is that women get better and better with age like the Millennium Falcon.  My granny was born hundreds of years ago but I managed to teach her how to use Twitter recently. At first she was tweeting nonsense about rich tea biscuits playing havoc with her piles and posting twitpics of her tartan wheely shopper parked outside BHS, but she seems to have got into the swing of the whole social network thing at last. Now she spends most of her time trolling minor celebrities and leaving abusive comments on the profiles of fellow nursing home residents. But she’s not as bad as her friend, Edith, who is on her last Facebook warning for gratuitous areola exposure. 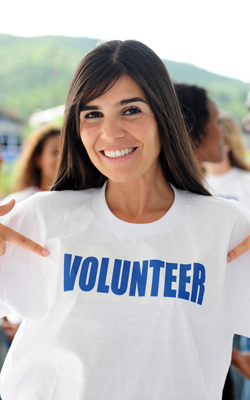 A NEW international scheme is recruiting students to help save other gap year volunteers from their own stupidity.

New figures show that around 56% of volunteers in Cambodia are living in squalor after falling off motorbikes or chopping their toes off with a shovel.

“They either lack the basic common sense to get themselves to the airport, or cannot eat due to a lack of change for vending machines.

“In some of the poorer villages residents are threatening to kill our gap year students with blunt instruments unless they go home soon.”

21-year-old Nikki Hollis has just returned from helping volunteers in Thailand: “One group of students turned to drugs after going out to build a school and realising they were incapable of manual labour.

“You can see that their mental condition is deteriorating when they start to think The Alchemist is a good book.

“Often they just need basic education, like someone telling them that the orange thing in the sky is what’s making their skin go sore.”