I’m under a bit of pressure to do well at the moment. It feels like everyone is on my back: my bird, my mum, and a load of English tossers who watch tennis once a year. I’m scared of letting them all down, can you help?

Just be grateful you’re in with a chance of winning. At my school we have a new sports-day policy which is to treat everyone as a winner. It’s a pants idea because although we all get a medal, it doesn’t matter if you set a new school record in the 1800 metres or if you’re the fattest person in school and burst open a potato sack due to your enormous Monster Munch-gut – ‘it’s the taking part that counts’.

Apparently it’s all down to a girl called Aisha Patel who, a few years back, was so worried her parents would disown her if she didn’t come first at high jump, she sharted during a particularly powerful Fosberry flop and the school field had to be evacuated. 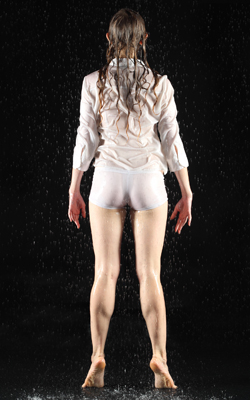 40-PLUS male perverts are the target demographic for modern pop music, it has emerged.

As Justin Timberlake unveiled the latest pop video with breasts in, music executives admitted the industry was now all about pleasing dirty old men.

Label executive Stephen Malley said: “You may have been wondering why pop videos are so sleazy and there are so many songs with teen girls singing about their ‘sweet apple’ or some other thinly veiled sex euphemism.

“Basically we’ve given up on trying to sell music to kids. It was a stupid idea in the first place, I mean you don’t get much disposable income from a paper round, do you?

“These days it’s all about the perv and the lechers. They’re mostly single, and likely to remain so indefinitely, so they’ve plenty of money to spend on sexy product featuring teenage girls’ bottoms.”

“Speaking as a lonely and quite strange man, I’m glad it’s not for kids any more.

“My current fave band is Sluttz, you should check them out, unless you’ve got teenage daughters in which case you might find it all a bit weird.”