Agony Aunt: Dear Holly, I'm being mocked by a pig-molester

Dear Holly,
That bastard David Cameron thinks it’s so funny to laugh at the ambiguous pronunciation of my name. I’m not sure what is worse: being mocked by an oily toff for being a shameless middle-class social-climber; or being mocked by an obsequious pig-molester for being a dreadful tosser. Either way, it hurts my feelings and I want revenge. Can you help?
Nigel F,
London

Dear Nigel,
In these situations I always think: what would Taylor Swift do? She’d probably go all up in your face on Twitter and prompt all her frenemies like Katy Perry and Nicki Minaj to make witless, bitchy tweets about feminism and then she’d write a catchy pop tune about how she’d been wronged but that she was coming back stronger and she’d accompany it with a risqué angry explosion video with racist overtones and an ironic cameo by Vladimir Putin and then she’d win a Grammy for it and make millions of dollars but she’d STILL be hollow inside because everyone in the ENTIRE world hates her, even Bruno Mars.
Hope that helps,
Holly 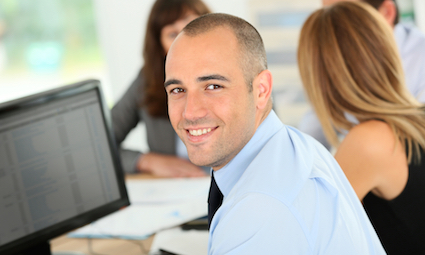 A MAN from Tyneside who sounds like Tom Hiddlestone has left his new London workmates baffled and frustrated.

Stephan Malley, 27 from Gosforth arrived for his first day in the City and immediately sowed confusion by greeting his colleagues with the words ‘Good morning, absolutely lovely to meet you all’.

Co-worker Janet Fisher said: “We were waiting for him to bellow, ‘Alreet, me bonny marrers,’ or something similar so that we could all laugh and pretend we had no idea what he was saying. It was very disappointing.”

Colleague Tom Logan added: “I was hoping to ‘gan doon the booza’ with him and have a ‘good bit of craic about getting mortal and smashing a lass’s pasty’. But he just started going on about some opening he’d been to at Tate Modern and completely refused to get involved in any banter featuring the word ‘baps’.

“It is almost like he is middle class. But that is clearly impossible.”

Malley said: “I have had a marvellous first day. Everyone is super nice, though I must confess, sometimes I find their estuary accents utterly incomprehensible.

“It is true they are not the sort of people I am used to, but I feel their big-hearted warmth and open friendliness more than compensates for their raucous and unabashed vulgarity.”