Ask Holly: After 90 years of the same, I just want everyone to shove off

It’s my birthday. Meh. If you’re Queen of England everyday is like a birthday with party dresses and banquets and rubbish presents. After 90 years of the same, I just want everyone to shove off and leave me alone to binge-watch Narcos on Netflix and chill the hell out. How do I explain this to Philip without him interpreting this as slang for something altogether more eye-watering?

Birthday parties are sooooo 1980s. Us millennialists aren’t into all that old fashioned ice-cream and jelly musical statues rubbish. We just invite the whole town to come and ransack our parents’ house on Facebook and then Instagram the hell out of the carnage. 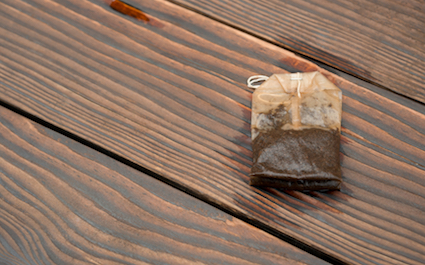 NORTHERN parents are furious with their son for throwing a used teabag straight in the bin instead of showing it the proper respect.

Alan and Jean Booker have lambasted their 19-year-old son Tom, who is at university in Exeter, for callously disposing of the teabag “when it was still bloody warm”.

Jean continued: “We thought we’d raised you better than that.

“That teabag gave everything for you to have a brew, and you just drop it straight in the bin like it’s nothing but rubbish?

“Let it be by the sink. Let it drain away in peace and dignity, and show some appreciation for its noble sacrifice.

“There’s no hurry. The bin’s not going anywhere.”

Tom Booker said: “My new southern friends laughed at me when I said teabags had souls, so I stopped letting them lie in state even though I knew it was wrong.

“I’m sorry, brave soldiers. I salute you, and from now on anyone who has a cup of tea has to sign the condolence book by the chopping board.”