Ask Holly: An army of sparrows is plotting to overthrow the government

Everyone is so obsessed with politics these days that they’ve taken their eyes off the ball. You’re all worried about Trump and Brexit when in actual fact the real threat is known only to us birdwatchers. Even as I write, an enormous army of sparrows is plotting to overthrow the British government, cover Jeremy Corbyn in bird excrement and peck out Theresa May’s eyes. I’m willing to negotiate with them and avert avian apocalypse IF the BBC will put me back on the telly.

Most importantly, the snow is here, which is the best thing in the world ever, especially if it means school is cancelled and all the grown ups start panicking and buying lots of anti-freeze from Morrisons because then we get to watch Nickelodeon all day and throw yellow snow at annoyed people in suits and draw enormous willies on car bonnets. 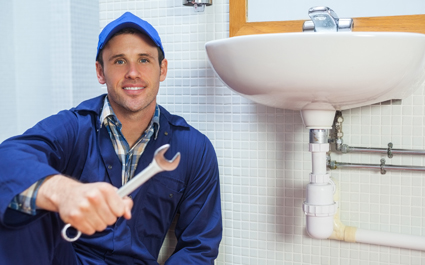 A PLUMBER regularly humiliates men in their own homes because they do not understand plumbing, it has emerged.

Roy Hobbs uses his plumbing knowledge to imply he is a rugged working man while male customers are weak and ineffectual due to their lack of practical skills.

Accountant Stephen Malley said: “When Roy came to fix the shower he immediately made me feel like an effete, middle-class idiot because I wasn’t sure where the stopcock was.

“He then highlighted my lack of knowledge about water pressure, air traps and combi boilers while glancing at my wife as if to say, ‘What sort of a girly man are you married to?’

“At one point he said I should ring him if we were approached by cowboy plumbers, with the clear implication I was too feeble to stand up to real men who know about pipes.

“He did finally fix the shower, but not until he’d told me about various plumbing jobs as if he was a hard-bitten combat veteran describing his tours of duty in Vietnam.”

Hobbs said: “You’d be surprised how many men know nothing about plumbing. I expect they’re the sort of cowards who pushed women and children out of the way on the Titanic.”