DONALD Trump has eased the world’s nerves with a waffling speech like a man who’d just been hit with a spanner.

Trump, who took the stage looking like he’d just run over his own dog, began his speech by rambling about something or other before denying everything and blaming everyone else.

US voter, Tom Booker said, “I feel a lot more at ease after watching him denying questions about pissing on prostitutes and saying that no one cares about his tax returns.

“Plus, he said that the inauguration is going to be beautiful so that’s that sorted anyway.

“A load of military bands by the sounds of it. Which isn’t reminiscent of North Korea or places like that at all.

“And I’m glad that he ended with the catchphrase from his TV show. That settled my nerves more than anything.”

Democrat voter, Carolyn Ryan added, “I’ll sleep better tonight knowing that as a germaphobe he must have been going through absolute hell shaking all those voters hands when he was out campaigning.”

Lobster can't believe he ended up in bloody Lidl 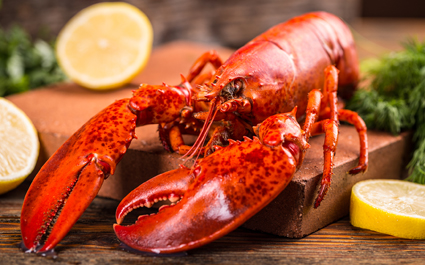 A LOBSTER is dismayed to have ended up in the frozen food section of Lidl, he has confirmed.

Marine crustacean Tom Logan said that being hauled out of the sea then frozen to preserve his succulent flesh was bad enough, but at least he could have been sold in a classy shop.

He said: “I was hoping for Fortnum & Mason or at least Harrods’ food hall.

“But here I am, in Swindon’s second-largest Lidl, trapped in suspended animation as people with multiple chins ogle me and make vague grunting noises.

“The life of a lobster is a short and unhappy one, but at least you are reasonably confident of being eaten in a large tasteful house, washed down with fine wines.

“Dear God, someone’s discussing whether they could re-sell me on eBay.”