I bought myself one of those mindfulness colouring books for adults. So far, so good: I completed a really intricate rainbow mandala pattern the other day and subsequently decided I wouldn’t cut tax credits after all. Am I a pathetic, whimsical man-child?

Colouring in is NOT suitable for adults, and certainly not adults of a fragile state of mind. It might seem all very nice and breezy just now, but have you thought about the potential catastrophe that will ensue if you accidentally colour outside the lines and ruin the whole picture? What happens when your favourite pink pen runs dry, or some ham-fisted idiot blunts the green? If you’re keen on achieving mindfulness, best stick to making Play-Doh sausages or doing a four-piece jigsaw and leave the heavy stuff to us kids.

Man views every minor inconvenience as sign terrorists have won 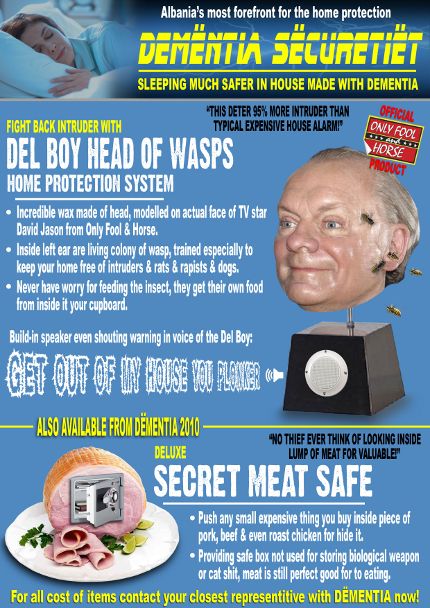 NOT being allowed to take a backpack into the National Gallery is proof that terrorism has won, it has been claimed.

Martin Bishop, from Hackney, was forced to leave his bag in the cloakroom before entering the gallery’s Goya exhibition, which he insists is a ‘flagrant abuse of his hard won civil liberties’.

He said: “By preventing me from exercising my right to do whatever I want all the time, we’re doing the terrorists’ work for them.

“I asked the staff if this was London or Raqqa, and they told me to calm down and stop being such a twat. Osama bin Laden couldn’t have put it better himself.

“Last week, I was told I couldn’t bring my own popcorn into the cinema, and when I complained they asked me to keep my voice down. Congratulations, Islamic State.”

Bishop said the defeat of Western democracy was also evident in ‘rampant political correctness’, the congestion charge, and the fact his local supermarket no longer sells medium-sized eggs.