Ask Holly: How can I make myself stop crying?

I might be a monumental star, but even lofty talents like mine have to experience knock-backs once in a while. However I am extremely thick-skinned and do not give a flying pair of pants if some devious little TV bastard thinks its ok to reject me, Sir Tom Jones, the one and only. I just tell the kids, hey  you gotta believe in yourself because somewhere out there, there is an incompetent, talentless pen pusher who thinks they have the right to give you a knock-back even when you are beloved by millions and should be made a saint.

How can I make myself stop crying?

Us kids are used to being told to sod off. Everywhere I go theres an angry adult asking me to shut up and make myself scarce, but I dont let it bother me. My granny says that when she was young, about ten gazillion years ago, children were seen and not heard, so they must have all had their iPads on mute or something, which must have been utterly miserable. No wonder kids in black and white photos look so haunted  theyre not able to listen to Taylor Swift at full volume when Granny is trying to concentrate on Coronation Street. 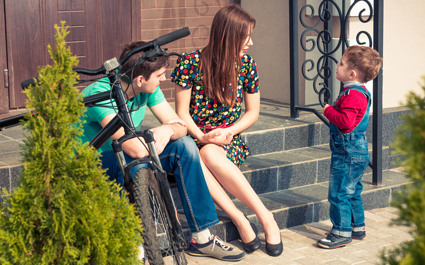 A MIDDLE CLASS family have been spotted relaxing in front of their house, in a clear breach of social convention.

The Logan family, who live in a fairly fancy cul de sac, spent 12 minutes on their front porch yesterday even though it made them look a bit unemployed.

Tom Logan said: “As a middle class man I like to get home from work and run straight into the house, so that the neighbours don’t think I’m loitering around like people do on council estates.

“Yesterday though their was a patch of sunlight on the front steps and it just looked so tempting.

“I could feel the neighbours’ eyes on us but it was worth it.”

Logan’s wife Anna said: “I don’t think I’ve ever been in front of the house before. It felt like we were in a BBC drama about a plucky working class community where people smoke cigarettes and talk to each other.

“After nine minutes though I began to worry that others might see us doing a non-aspirational activity, so I said loudly ‘we’d better take the kids to their competitive sport club’ and dragged everyone back inside.”