Ask Holly: I just want to play with my train set

Being a septuagenarian rockstar ain’t easy. I have to tour the world when all I really want to do is stay in the hotel playing with my painstakingly detailed model trains. I’ve been promoting my album in the US which is additionally hard because I’m missing out on what naughty japes Wilson, Brewster and Koko are up to in Chuggington. I love nothing better than catching up with the novice train crew whilst sipping on a Fruit Shoot. How can I make myself feel less sad? I feel a bit of a tantrum coming on.

I’ve not been keeping up with Chuggington, mostly because it’s for stupid babies, but also because I prefer to extract myself from the twee middle-class world that CBeebies inhabits. I enjoy a more gritty televisual landscape where dudes are called Daffy and Goofy and Sheriff Callie and Doc McStuffins and are all totally badass and hard as nails. You wouldn’t catch Minnie Mouse hanging out with posh gits called Lola and Topsy, she is much more interested in keeping it real. 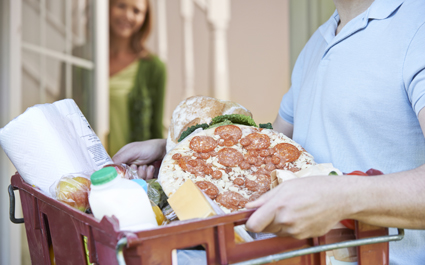 A SUPERMARKET delivery driver is wondering why you can’t get your fat arse to a shop.

43-year-old Wayne Hayes is fucking sick of delivering heavy crates of vegetables to people in their pyjamas who have only got up to answer the door.

He said: “I have been up since 7am and already made five deliveries. Clearly I’m getting paid but still, people could have their shit together a bit.

“Doing this job makes you wonder what the world is coming to.”

However Hayes believes any work Muir may or may not have been doing is clearly unworthy of being described as such.

Hayes said:  “Was he infirm? No. Was he too busy? Obviously no. This is no sort of man.

“A revolution is coming and men like me are going to ring the doorbell of men like him and force them down to Morrisons with bullwhips.”