Jury service to include being Sunderland manager for 10 days

THE job of managing Sunderland football club is to be given to someone randomly selected from the Electoral Roll.

Officials said the job of trying to get the best out of a threadbare squad will include staying in a local three star hotel, not talking to the media and will last an average of 10 days.

Sunderland owner Ellis Short said: “In the past we’ve picked a new boss by throwing Scrabble letters in the air and trying to make a football manager’s name out of them.

He added: “Now I want to open the field up to any UK citizen aged between 18 and 70 with no criminal convictions or mental health issues.”

Short confirmed the first name chosen from the Electoral Roll is Janet Fisher, 64, from Stevenage.

Mrs Fisher said: “Serves me right for not booking that holiday to Tenerife when I had the chance. 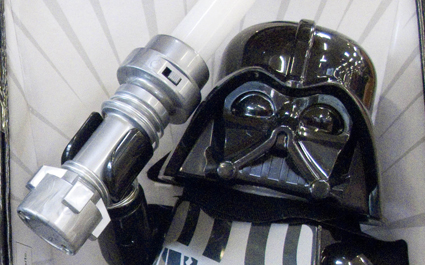 AN office worker’s collection of amusing desk ornaments hides his sly, toadying personality, it has emerged.

Tom Logan’s Lego toys, sci-fi figures and novelties have fooled many of his colleagues into thinking he is not a devious yes-man and seasoned backstabber.

Co-worker Nikki Hollis said: “Tom’s Darth Maul Lego figure suggests he doesn’t take things too seriously, but really he’s the sort of person who tells the boss if you take an extra 12 minutes for lunch.

“I overheard him trying to get someone sacked for doing personal photocopying in the office. How could he do that when he’s got all those Kinder Egg toys Blu-Tacked to his monitor?

“Another time he kept picking faults with my PowerPoint presentation and really made me look stupid, even though he’s got a mini bubblegum dispenser on his desk.

“I’ve tried to warn the others, but they’re blinded by his Dilbert stress reliever.”

Logan said: “Judas came with a kiss, I come with an amusing Minions calendar.”